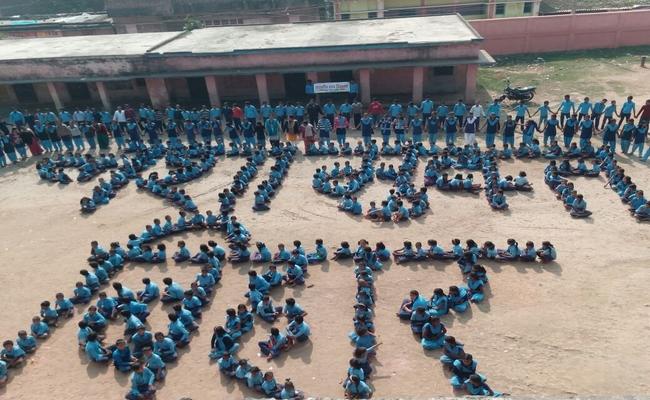 After personally engaging himself in campaign against alcoholism for weeks and urging the masses to join the human chain, the chief minister is now ready to be a part of the main human chain to be formed at Patna’s Gandi Maidan on Saturday.

As per reports, the chief minister will reach the venue before the scheduled time and will stand there in queue from 12.15 PM to 1 PM.

His deputy tejashwi Yadav will also join the human chain along with other cabinet colleagues.

Authorities have issued an alert across state in view of the expected huge participation of the masses in the massive event scheduled for tomorrow.

Leaving nothing to chance, Bihar chief secretary Anjani Kumar Singh has asked all district magistrates to be on maximum alert to ensure the event passed off peacefully.

The DMs have been told to keep a close eye on traffic arrangement and ensure presence of forces on the routes until the last man in the chain returns home safely.

As per government’s estimate, more than 20 million people will join the human chain tomorrow to make a world record.

“We will use the five satellites, including three from Indian Space Research Organisation (ISRO) to click images of the world’s longest human chain,” a government official said.

Right now, the world record for the longest human chain involving five million people remains with Bangladesh. It was formed on 11 December, 2004 along 1050-km (652.4 miles) route from Teknaf to Tentulia.

Almost all parties except for Jitan Ram Manjhi’s Hindustani Awam Morcha and Pappu Yadav’s Jan Adjhikar Party (JAP) have lent their support to the human chain programme of the Bihar state government.