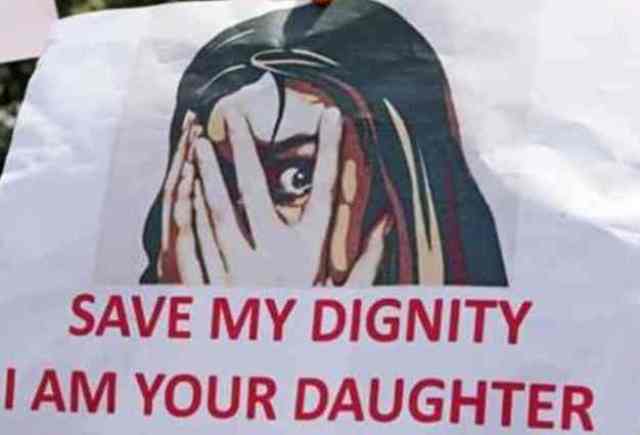 PATNA: A rape victim in Bihar who became mother has been caught in a peculiar situation—there is none to accept her baby.

The woman delivered a baby girl at the Sadar hospital at Bhabua town in Kaimur district on Monday.

The life of the woman turned into a hell after a local youth identified as Dilip Patel, a resident of Mudi village under Chainpur police station, barged into her home in January this year and allegedly raped her.

Hearing her cries local villagers rushed to the spot and caught the accused who was later handed over to the police.

In the meanwhile she became pregnant and the woman didn’t undergo abortion hoping the accused would accept her baby. The accused who is cooling his heels in jail has pointblank refused to take care of the newborn.

Her family too is not in a mood to accept her “illegitimate” child, leaving the rape victim in a fix. His future appears entirely dark now, media reports have said.

On getting information that the woman has delivered a baby at the hospital, a police official from Bhabua police station Santosh Pandey reached the hospital and recorded the statement of the rape victim and her mother.

Another girl from Kaimur is facing similar problem. The 13-yar-old girl who was gang-raped allegedly by a police inspector’s son and his friends for 10 days in captivity has been found pregnant.

The victim, a resident of Durgawati police station areas in Kaimur district, had reached the office of the State Women Commission in Patna in May after the local police failed to initiate action against the accused persons despite her repeated prayers.

It was here that she had to undergo pregnancy test. However, once her pregnancy was confirmed, the little girl broke down and cried inconsolably. Her father too cried bitterly.

According to victim’s complaint petition, she was playing outside her home on March 26, when the accused forcibly lifted her, took to an isolated location and raped her.

After she fainted, he carried her to the home of his relative where he along with his friends allegedly raped her for 10 days before dropping her to her parent’s home, as per her complaint petition.

The saddest part of the story was that when the victim family reached the local police for action, they ignored them and tried to hush up the case.

It was only after the victim family approached the Women Commission that the main accused was arrested and relevant IPC section added in the case, media reports said.