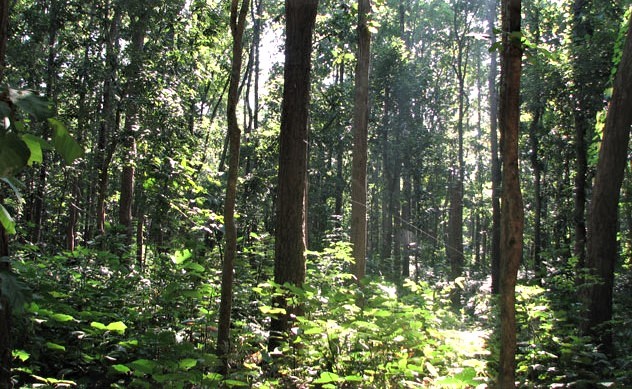 PATNA: There is a good news from Bihar. The family of at least three endangered wild animals are slowly growing as they found the available environment quite suitable in the state. Know who are the three endangered species whose population shows steady growth:

Tigers: The first in the list is tigers who are globally listed as “Endangered” on the International Union for the Conservation of Nature (IUCN)’s Red List of Threatened Species. According to an official report, the number of tigers has increased to 31 in Valmiki Tiger Reserve (VTR) which is the lone tiger reserve of Bihar. This doesn’t include nine cubs.

The VTR which spread over 899 square  kilometres near the Indo-Nepal border in the West Champaran district has been ranked at the fifth best tiger reserve in India. According to VTR officials, the number of tigers was only 28 in 2014 and eight in 2010.

“That is happening because the number of herbivorous animals is increasing due to growing areas of grassland,” VTR field director HK Roy told a Hindi daily. He said they are using the latest technology to count the number of tigers.

According to chief conservator of forests, Bihar, PK Gupta, the forest areas is slowly growing in the state that resulted in steady increase in number of animals.

Dolphins: Dolphins are another species whose population has grown in recent years much to the satisfaction of the environmentalists. A comprehensive census recently conducted by experts from the Zoological Survey of India (ZSI), Wildlife Trust of India (WTI) and Tilka Manjhi University (TMU) , Bhagalpur has found the number of dolphins at 1,150 in different rivers of Bihar.

According to officials, Bihar has the largest number of Gangetic dolphins. According to them, there are only 3,700 dolphins in the world. Of them 3,200 alone is available in India and Bihar boasts of having the highest number of them.

Rhinoceros: Rhinoceros is another endangered animal whose population has increased in Bihar. According to a forest department official, Sanjay Gandhi Zoological Park, more popular as Patna zoo, currently has 11 rhinos.

Patna is only the second spot in the world after United States which has largest number of rhinos. The zoo authority has also constructed a rhino breeding centre to help increase their number.