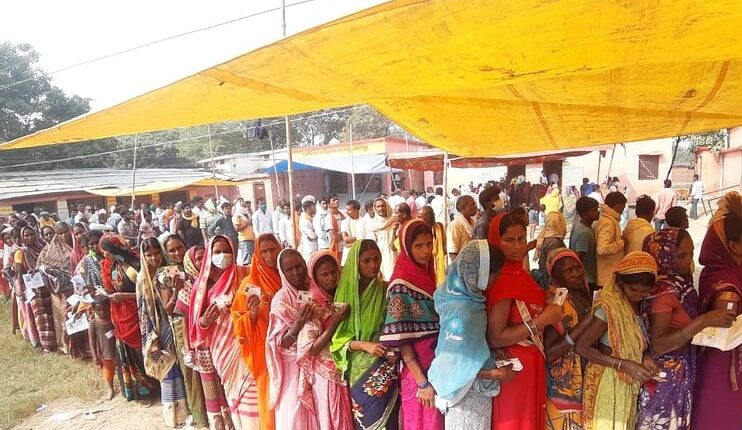 PATNA—A average 55 percent voters cast their votes in the second as the polling passed off peacefully on 94 seats of Bihar.

This time again, the voters showed their enthusiasm to reach the polling booths and cast their votes to elect the government of their choice.

With today’s polling, the voting has been completed on around 70 percent of seats. Observers describe it as the decisive phase of Bihar.

No major untoward incident was reported from any part of the 17 districts where polling was held.

However, a huge crowd protested on the streets in Bhagalpur over alleged rumour that EVMs are being replaced. Later, the authorities had to work hard to bring the situation under control.