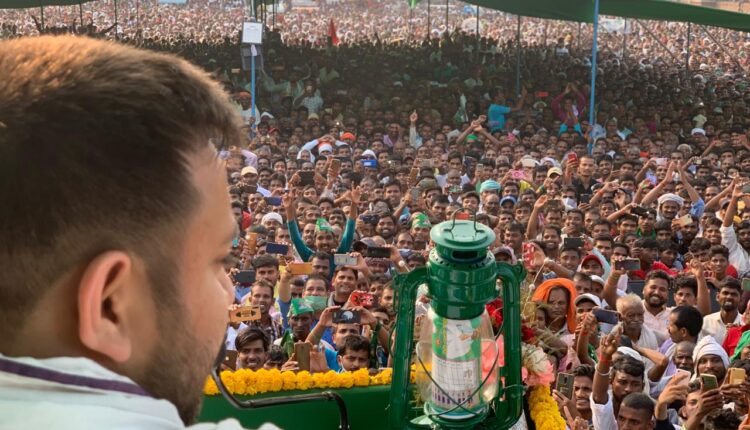 Addressing an election rallies in Madhubani and Teghra, Tejashwi said the onion price has hit a century while potato price has touched half-century but the BJP people are silent.

“Previously, the BJP people would call ‘mahangai’ (price rise) as a ‘dayan’ (witch) but now it has become their ‘bhaujai’ (sis-in-law) since they are maintaining mysterious silence over the issue,” Tejashwi told a rally in Madhubani and Teghra on Friday.

He said previously the BJP people would protest on the streets with garlands of onions whenever its prices surged but now these garlands are nowhere to be seen.

Each election rally of Tejashwi is drawing huge crowds of people in every parts of the state with a virtual mad scramble among the youths to attend his rallies, leaving his rival stunned.

Tejashwi is the long star campaigner of his party with his father and RJD president Lalu Prasad currently serving prison term in Ranchi jail in fodder scam.