PATNA—The NDA has gone on cracking down on rebels with all the force as they continue joining the poll fray on rival party’s tickets as a mark of protest.

In the past two days, the JD-U and the BJP have expelled as many as 24 leaders who jumped into the poll arena against party’s official candidates.

The JD-U on Tuesday expelled 15 such leaders from the party for indulging in anti-party activities. 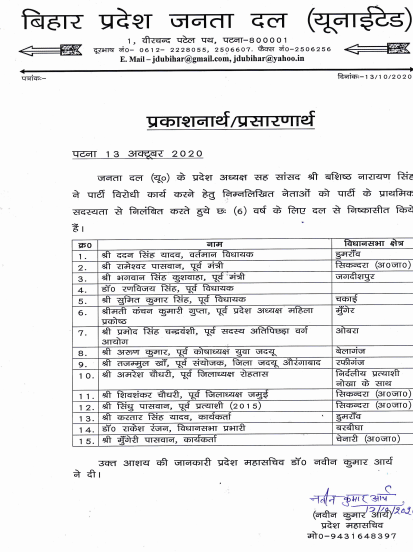 The action comes a day after the BJP expelled nine rebels from the party for fighting assembly election on the LJP tickets.