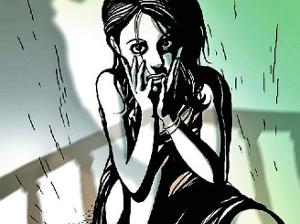 PATNA: Police in Bihar have arrested a politician for allegedly sexually assaulting a six-year-old girl by keeping her in his captivity the whole night.

The arrested leader Mahendra Sao happens to be the Sheikhpura district president of Hindustani Awam Morcha (HAM) which is headed by Bihar’s former chief minister Jitan Ram Manjhi. HAM is an ally of the NDA.

Police said the girl, a resident of Satbigahi locality under town police station in the district, had left for coaching on Saturday morning when she was kidnapped by the leader who allegedly sexually assaulted her.

The entire matter came to light when the girl somehow escaped from his captivity on Sunday afternoon and narrated the entire story to her parents.

Soon after getting the information, angry residents caught the leader and gave the accused a sound thrashing on the streets before handing him over to the police.

“We have arrested the accused and investigating into the matter,” a local police official Amit Sharan told the media today.