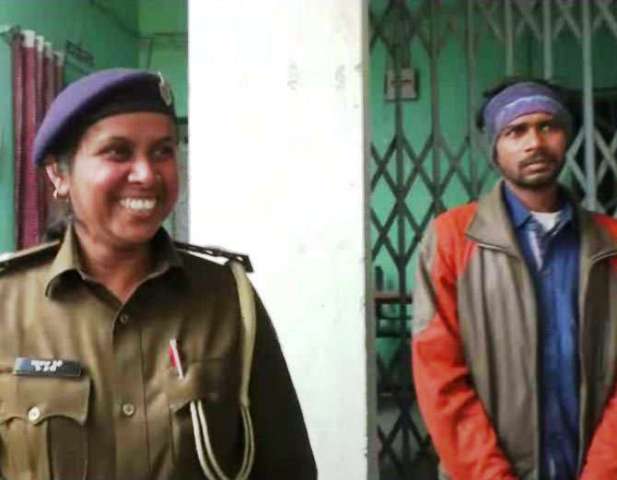 PATNA: A notorious thief giving the Bihar police slips for long ultimately landed in police net after a lady police office acted smart—posing as his past “girl friend” and chatting over phone for days to win his faith.

The bizarre incident took place in Darbhanga district, some 150 km north of Patna, on Wednesday evening.

As per reports, a costly mobile set of BJP leader Sanjay Kumar Mahato had recently gone missing in July this year. Subsequently, a case was registered with the Darbhanga police.

In course of investigation, the police found that the stolen mobile was being used by someone in the district and laid a trap to nab him.

Under part of the strategy, a lady officer Madhubala Devi, assistant sub-inspector of police, went on calling the man at repeated intervals, posing as his girl friend.

One day the officer asked him to meet at a designated place in the town for which he agreed not knowing what was going to happen the very next moment.

Reports said the moment the youth came to meet her, the officer who was dressed in a burqa arrested him with the help of cops in civil dress.

During the interrogation, the arrested thief spilled the beans and revealed how he had got the phone.

Hours before judgment in fodder scam case, Lalu says he has full faith in judiciary