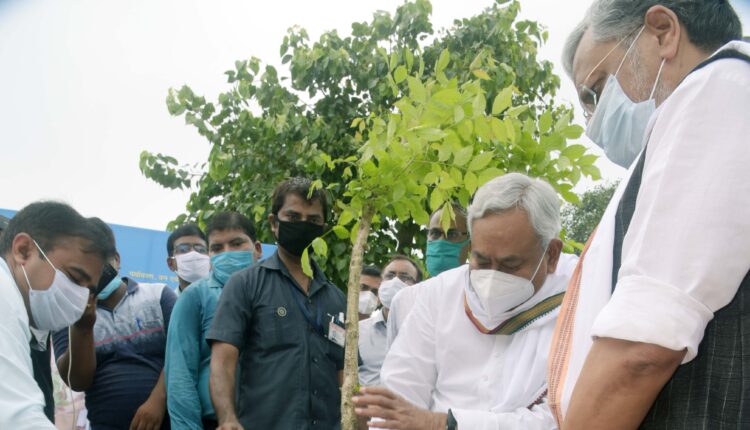 PATNA—The state government in Bihar on Sunday said it had planted 3.47 crore (34.7 million) sapling in the past two months to increase green cover in the state.

The two-month-long plantation drive which formally got started on June 05 to mark World Environment Day came to a close with the plantation of a Patli tree by chief minister Nitish Kumar on Sunday.

It is believed city’s name of Patliputra was derived from Patli, a tree variety that was once found in abundance in the city.

The state government had initially planned to plant as many as 2.51 crore (25.1 million) saplings on a  single day on August 9 to mark Earth Day but owing to Corona outbreak, the government had to make a change in its programme.

Eventually, the state government kick-started the plantation drive in June itself, which reached its climax today.

A Press statement issued from the office of the Chief Minister said against the target of planting 2.51 crore saplings, 3.47 crore saplings have been planted till date. The common masses also happily participated in this programme.

According to the government, 22 crore (220 million) saplings have been planted in the past eight years since Hariyali Mission was set up in 2012.

In a first, woman burns husband’s face with acid in Bihar