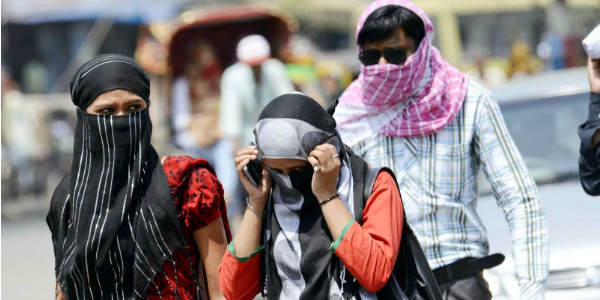 PATNA: An official in Bihar has promulgated a law to let the villagers stay indoors during the day time so that they could be saved from the deadly heat waves which has killed around 200 people in the past two days, local media reported on Monday.

According to the report, section 144 of the CrPC has been imposed in Gaya by the district magistrate concerned Abhishek Singh in view of the continuing heat wave.

The promulgation of the prohibitory orders prevents the villagers go out of their homes, stop any kind of construction works and engage in any kind of cultural activities in between 11 AM to 4 PM during which day’s temperature remains very high.

Gaya, a prominent Hindu pilgrimage town along with Aurangabad and Nawada has reported maximum deaths from heat stroke in the past two days.

Apart from heat wave, suspected encephalitis too has caused many deaths in Bihar.

What these two photographs say?