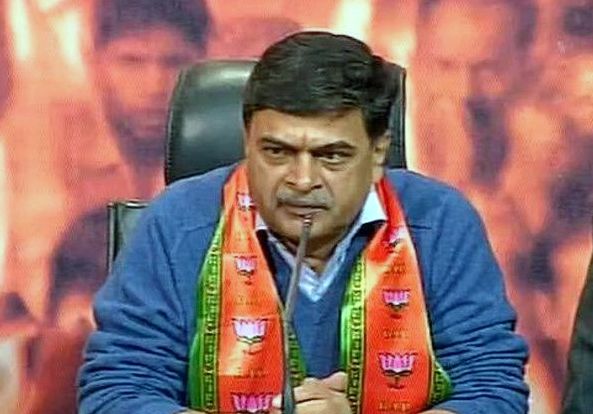 PATNA: Former Indian Administrative Service (IAS) officer Raj Kumar Singh who hit the national headlines by arresting LK Advani some 27 years back has been inducted as power minister in the Narendra Modi cabinet.

Singh who served as union home secretary before joining politics represents Ara seat from Bihar in the Lok Sabha. He hails from Supaul district of Bihar.

Singh’s induction as a minister in the Union cabinet has surprised many given the fact that it was he who had once arrested the firebrand BJP leader Advani who was then leading his rath yatra from Somnath in Gujarat to Ayodhya in Uttar Pradesh.

Advani was arrested at the height of Ayodhaya movement from Samastipur in October 1990 just after he had crossed Patna and looked set to enter into the boundary of Uttar Pradesh.

Although Singh had arrested Advani, the credit for this goes to then chief minister Lalu Prasad who ordered for that. That made Prasad as a national hero and also a “well wisher” of the Muslims using their support Prasad remained firmly seated on Bihar throne for 15 years.

According to media reports, Singh had agreed to arrest Advani and stop his rath after another IAS officer Afzal Amanullah had refused to do that.

Singh had further created consternation in the political circles when he as the union home secretary said they have concrete evidence about terrorists having RSS links.

“Yes, there is evidence. During investigation, we have found names of 10 who were associated with RSS at one point of the other,” was how Singh was quoted as saying in India Today in January 2013.

The million dollar question being debated in the political circles now is if Singh has been reward for his “daring act”.

What lends credence to this story is the denial of berth to JD-U of chief minister Nitish Kumar who is said to be having “soft corner” towards Advani.

Nitish Kumar had earlier flagged off the anti-corruption Rath Yatra of Advani in Bihar in October 2011. Advani had earlier planned to launch his yatra from Gujarat but later rushed to get support of Nitish Kumar after not getting desired response from Modi, as per media reports.

‘Nitish punished for his disloyalty, Modi has given him the right medicine’: Lalu Prasad