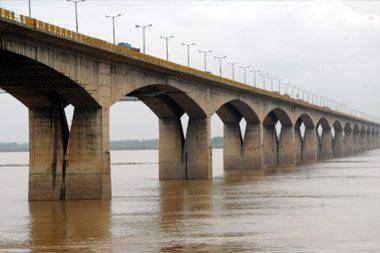 New Delhi: The Asian Development Bank (ADB) and the Government of India yesterday signed a $500 million loan agreement to build a 9.8 km long road bridge across the Ganges River to improve transport connectivity between North and South Bihar and for better link between the State Capital, Patna, and the surrounding areas.

This will be India’s longest river bridge.

The new Ganga Bridge, to be located near Patna, will span both channels of the Ganges River and serve as an alternate route to the existing Ganga Bridge.

The project will also build viaducts, embankments, and toll and service facilities, and will link to national highway networks.

After signing the loan agreement, LB Sondjaja, Deputy Country Director of ADB’s India Resident Mission, said that the new Ganga Bridge will significantly reduce travel time to Patna from the surrounding regions, in particular north Bihar, which will ease access of people to state’s administrative and social services. He further said that the bridge is expected to benefit over 9 million people.

Speaking on the occasion, Raj Kumar, Joint Secretary (Multilateral Institutions), Department of Economic Affairs, said that the construction of the bridge would be a major landmark for the State of Bihar and will be a crucial link between North and South Bihar which is divided by the Ganges River.