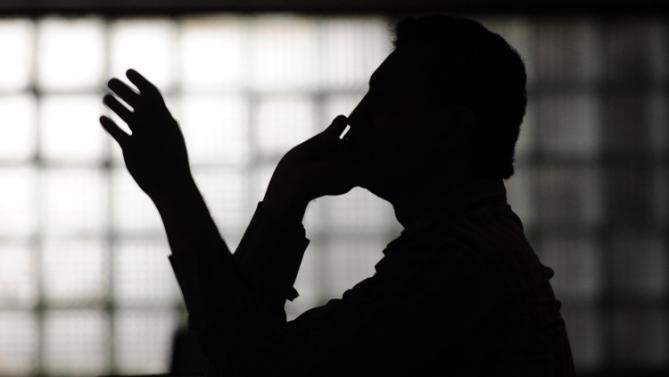 PATNA: Ministers and lawmakers appear to have become the new targets of gangsters in Bihar — a development amply indicating chief minister Nitish Kumar is slowly losing his grip over the law and order situation.

In a fresh development, the miscreants have sought an extortion of Rs500,000 from Kapildeo Kamat who is the Panchayati Raj minister in the ruling Nitish Kumar government. Kamat who comes from the Janat Dal United (JD-U) represents Babubarhi seat (under Madhubani district) in the Bihar assembly.

According to reports, the miscreants called up the minister on his cell phone thrice early this week and abused him for not helping them in a case. It ultimately landed them in jail.

“Your non-cooperation resulted in our jail. We had to spend Rs500,000 in fighting the case. Now refund the money to us or we will shoot you right in front of the police,” the miscreants have reportedly threatened the minister over phone.

According to the minister’s son Anand Kumar, the miscreants called them up thrice and threatened them, refusing to listen to reason.

The police in the meanwhile have arrested one person and searching for another person who is absconding.

This is the second time in quick succession that the miscreants have sought to extort ministers. In June this year, some miscreants had demanded an extortion of Rs1 million from sugarcane minister Khurshid Alam. Acting on a formal complaint, the police later arrested one person in this connection.

In August last year, the gangsters again had sought Rs12.5 million from a JD-U parliamentarian Baidyanath Mahato. The extortionists belonging to gang named “Royal Group” reached his residence in Bettiah town in West Champaran and exploded bombs outside his residence before pasting a letter demanding money on the wall.

In a related incident, the unidentified miscreants sent a letter threatening to kill an independent legislator Baby Kumari. The lawmaker has now registered a case with the police, prompting them to beef up her security.

“Earlier they threatened me through a letter, but now they are calling me, threatening to kill me and my entire family,” the lawmaker complained to the police on Friday.