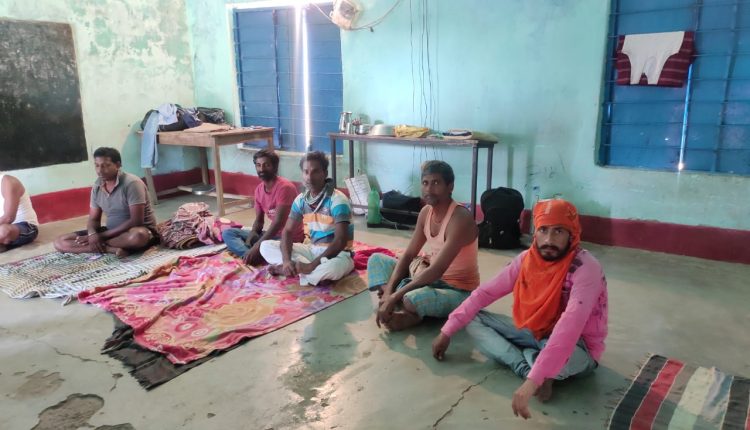 PATNA—A migrant worker in Bihar committed suicide after being told by his wife to admit himself for quarantine centre before staying with the family.

Mahavir Thakur, a resident of Mushari village in Muzaffarpur district, had got stuck in Kolkata during lockdown. After much effort, he returned to his village on Monday by train and straightway went to his home.

“It’s a matter of only 14 days. Moreover, the quarantine centre is located just outside the village,” his wife told the man.

His family has run into serious trouble due to his act. Now, they don’t know how to survive. They were surviving on money being set by the victim who worked in Kolkata.

A total of 545,000 people were staying at altogether 7,840 quarantine centres running across the state till May 19, according to an official report.

Covid-19 cases have reached 1,519 in Bihar. The disease has also claimed nine lives so far.