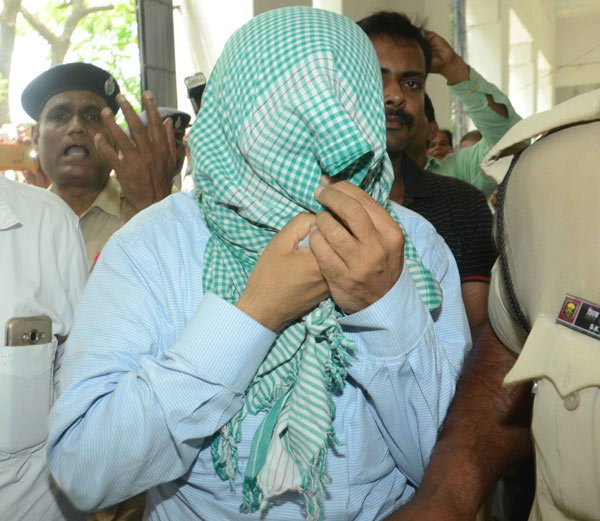 PATNA: A local court in Bihar today rejected the bail pleas of former Bihar School Examination Board (BSEB) chairman Lalkeshwar Prasad alleged to be the mastermind of toppers scandal and his wife Usha Sinha, and remanded them to 14-day judicial custody.

Both were today produced in a local court in Bihar soon after they were brought to Patna by the police.

The duo covered their faces and refused to interact with the media persons who had gathered in the court premises to cover the incident.

The police had on Monday arrested the duo from Varanasi in Uttar Pradesh where they were hiding for the past about a fortnight.

The police were looking for them after a local court in Bihar issued arrest warrant against the absconding couple. Lalkeshwar’s wife Sinha is principal of local Ganga Devi Women College.

Lalkeshwar who is one of the main accused in Class 12 Bihar topper scandal has been absconding along with his wife since the scam surfaced last fortnight.

The lookout notice was issued following apprehension that the couple may flee India.

The notice along with the couple photographs and their passport numbers has been sent to all Indian airports with the request to immediately inform the Patna police once they are seen around.

Police believe the couple may seek refuge in London where their engineer son stays.

Image Caption: Lalkeshwar Prasad covering his face with a towel in the Patna civil court premises