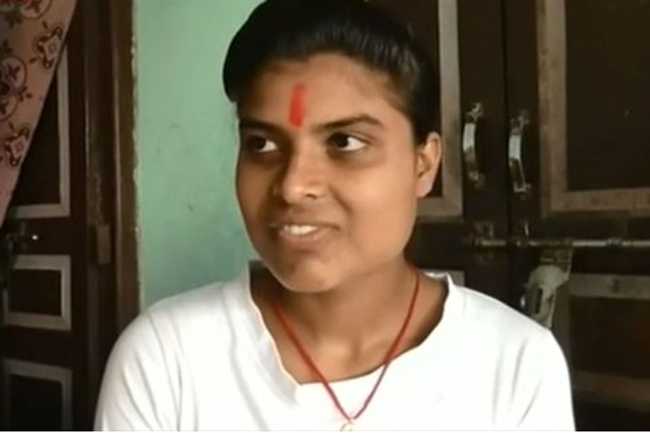 PATNA: Class 12 Bihar Board topper in Arts, Ruby Rai who brought much embarrassment to the government by stating that the political science is all about cooking in a TV interview gave her test a miss once again.

A team of experts from political science, geography, home science and Hindi kept waiting for her at the Bihar School Examination Board office for hours but she did not turn up.

Now, she has been given another chance to appear before her re-test on June 25.

Earlier, 14 toppers from arts and science streams had been called for interview on June 3.

Acting on the instructions, all the toppers appeared at the test except Ruby who cited “depression” behind her absence.

Recently, when the police reached her home to deliver a notice for her appearance before the police too, she was not found there. As per reports she has been absconding along with other fake toppers.

Ruby who had scored 444 marks out of total 500 earned embarrassment for the government when she said in a TV interview that the political science is all about cooking.

She also did not even pronounce her subject correctly and spelt it out as “prodikal science”, instead of political science.