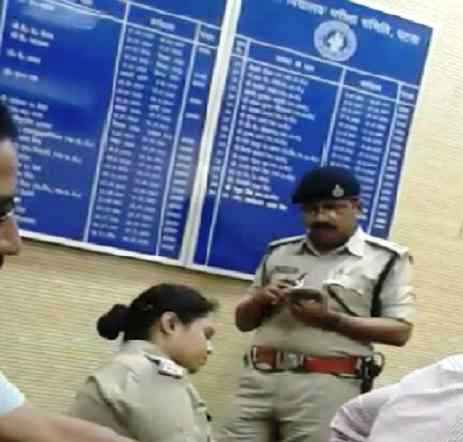 PATNA: The Special Investigation team (SIT) formed to probe the Bihar School Examination Board (BSEB) “grade 12 merit scam” today conducted raids at the BSEB office and seized all the hard discs, laptops, mobile phones and other electronic gadgets from the office.

Authorities said the seized items would be examined by the computer experts. The team is also seeking helps from forensic and handwriting experts.

As per reports, four separate teams comprising 15 members have been formed to investigate the scam.

Other teams have rushed to Hajipur to quiz the officials of the Vishun Rai College now in the eye of controversy while the third team is conducting raids at the Bihar Intermediate Council office.

Of them, the results of all three toppers except Shalini have been cancelled by the BSEB after they failed the re-test conducted on Friday.

The FIR was registered with the Kotwali police station in Patna shortly past midnight on Monday by Rajiv Prasad Singh Ranjan, director, Secondary Education, Education Department.

In the case lodged under sections 420, 465, 467, 468, 471 and 120B of the IPC, the officials of the Vishun Rai College, Vaishali, examination superintendent, invigilator, evaluation centre superintendent, examiners and others too have been made accused.

The accused persons have been charged with indulging in frauds and hatching criminal conspiracy with the intent to benefit certain persons.

The FIR followed a high-level meeting held by chief minister Nitish Kumar late Monday night during which he ordered for immediate registration of case against the accused persons, finding it a “criminal act”.

“The entire matter smacks of conspiracy. When the matter is crystal clear, what’s the point in ordering an inquiry? This requires (police) investigation, not inquiry,” chief minister said.

The chief minister also dissolved both the inquiry committees formed by the BSEB chairman and the Education Department.

Especially, the government has taken a very note of the BSEB chairman Lalkeshwar Prasad for his bizarre move to order a judicial probe into the merit scam, and show-caused him for this action.

The BSEB chairman has been asked to reply within 24 hours as to how did he order a judicial probe into the matter without obtaining government’s permission.