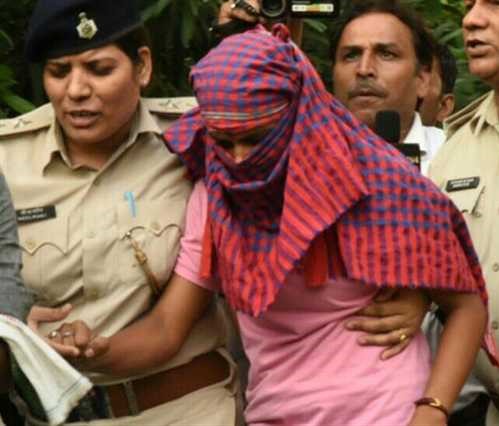 PATNA: Investigations into the Bihar intermediate topper scandal have revealed fake arts topper Ruby Rai didn’t write her answer-sheets on her own, rather they were written by someone else.

Ruby who scored 444 marks out of 500 was declared a topper in the arts stream by the Bihar School Examination Board authorities but now her result stands cancelled.

The startling revelation came to light after forensic  examination of her copies by the Forensic Science Laboratory (FSL). The investigating authorities now plan to file a fresh FIR in the case and interrogate some of the accused key accused persons again.

It was Ruby whose botched interview to a TV news channel led to the unearthing of a mega scam which later came to be known as “Bihar topper scandal”.

The scam came to light after class 12 arts stream topper Ruby Rai in her interview pronounced the political science as “Prodikal Science” and claimed this particular subject deals with cooking. Ruby was later arrested and sent to jail. She is currently on bail.

She told her interrogators she only wanted to pass the examination with second division but her uncle Baccha Rai made her topper.

Baccha Rai is the principal of Vishun Rai College from where she had appeared at the examination. Baccha too is behind the bars.

Last month, the police filed a charge-sheet against 32 persons in the case in the vigilance court.

This is said to be the most voluminous charge-sheet after the multi-million dollar fodder scam with Rashtriya Janata Dal (RJD) president Lalu Prasad one of the key accused in the case.

Of the total 32 person against whom charge-sheet was filed, 22 are public servants and four are fake toppers whereas the rest are others.

The case was filed against 41 persons. Of them, 28 persons have already been arrested and sent to jail, five have out on bail while four are still absconding.