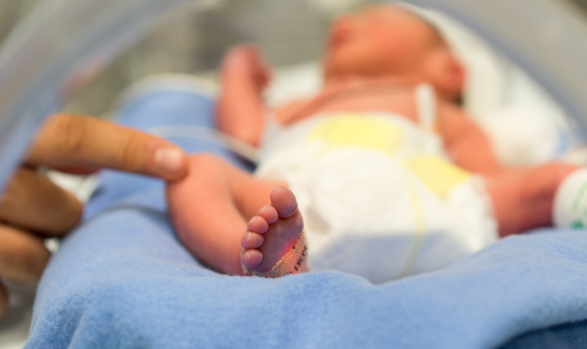 PATNA: A man in Bihar sold off his five-day-old baby girl after his wife delivered the fourth daughter in a row.

The shocking incident took place in Saran district during Diwali but was reported in the media only today. The woman has registered a complaint with the Women Helpline.

Reports quoting local media said Ashahi Devi was married to Munna Rawat in 2003 but dispute soon cropped up in the family after she delivered three daughters.

She finally registered a complaint with the local police after her in-laws began harassing her for producing girl babies. Subsequently, she started living alone.

Recently, the couple had reached at a compromise and during Diwali, the woman delivered another baby. However, her husband got angry after seeing another girl in the family.

Irked man later stole the bay lying near her mother and then sold her to someone.

The victim woman has now approached the officials seeking recovery of the missing baby. However, the police are still to recover the baby.