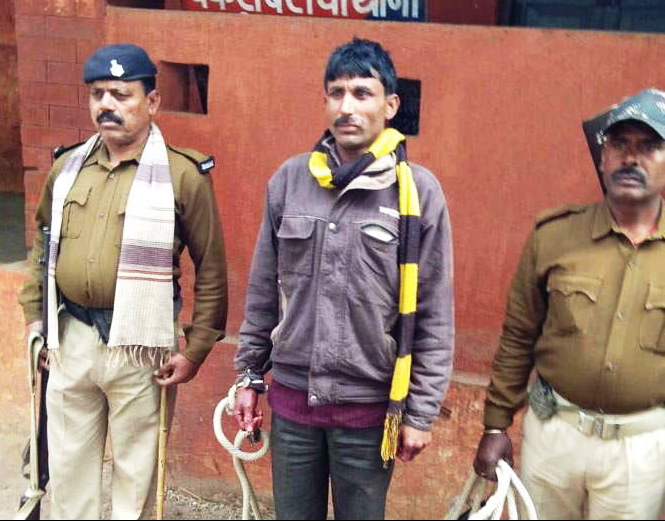 PATNA: A man in Bihar killed a youth by slitting open his throat and then surrendered before the police for falling in with his daughter. The incident sparked strong protests at the village as six cops were also injured in the attacks by the angry villagers.

The bizarre incident took place at Pakari village under Pakaribarma police station in Nawada district on Thursday evening but was reported to the police on Friday.

Police said Pintu Kumar, son of Shrawan Yadav, was having love affairs with the daughter of a co-villager Kapil Yadav.

The affairs led to tension between the two families and the matter was finally settled by a village court which met some months back.

A couple of days back, the youth dared the girl’s father to do whatever he could while openly telling the villagers that he was having love affairs with the girl, leading to fresh tension, police said.

On Thursday when the youth had gone to a local market, the girl’s father caught him midway and slit open his throat with a sharp-edge weapon as he died on the spot. After committing the crime, the accused rushed to the local police station and surrendered before the police.

“The matter had been almost settled but the youth openly challenged the girl’s father to do whatever he could, saying he was having affairs with his daughter. This apparently angered the man,” the local Nawada district superintendent of police Vikas barman told the media on Saturday.

The police official said the accused had been arrested and further police investigations were on.

This is the second honour killing in the Nawada, a southern Bihar district some 116 km from Patna, within a week. Last week, nephew of a former Bhartiya Janata Party lawmaker was beaten to death by girl’s parents after he married her against their wishes. Both

The victim Vidyasagar Rajvanshi was returning from a village fair along with his wife when girl’s family members caught him midway and lynched him on Tuesday morning. The police which recovered the body of the youth found scars of whippings by belt on his body as well as marks of belt around his neck.

Girl student rained with 168 slaps for failing to complete homework