Bihar lawmakers stop short of exchanging blows in public, threaten each other 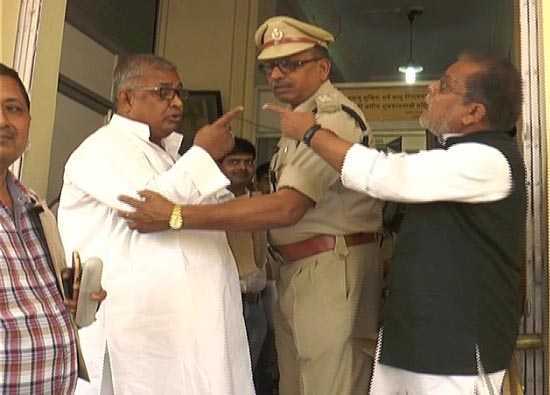 PATNA: A peculiar situation was created in the Bihar assembly on Wednesday when two ruling party lawmakers just stopped short of virtually fighting in public.

Witnesses said two lawmakers, Raj Kishore Kushwaha of the JD-U and Dilip Chaudhary from the Congress, indulged in bitter verbal duels over some issues. The duel turned so bitterer that they exchanged uncharitable words and showed their might in public, pointing fingers at each other.

Especially Kushwaha appeared bitterer in his remarks as he reportedly threatened his colleague to chop off his tongue. “Will chop off your tongue if you again spoke anything,” witnesses quoted Kushwaha as having publicly threatened the Congress legislator.

They indulged in verbal fights even after coming out of the House. Eventually, the security guards on duty separated them and saved the situation from turning uglier.

The “misconduct” by Bihar lawmakers has been a matter of debate in recent weeks. Very recently, A RJD lawmaker has been arrested on rape charges while a JD-U legislator has been suspended for sexually harassing a woman passenger on train.

Two more JD-U legislators have been suspended from the party for their misconduct.