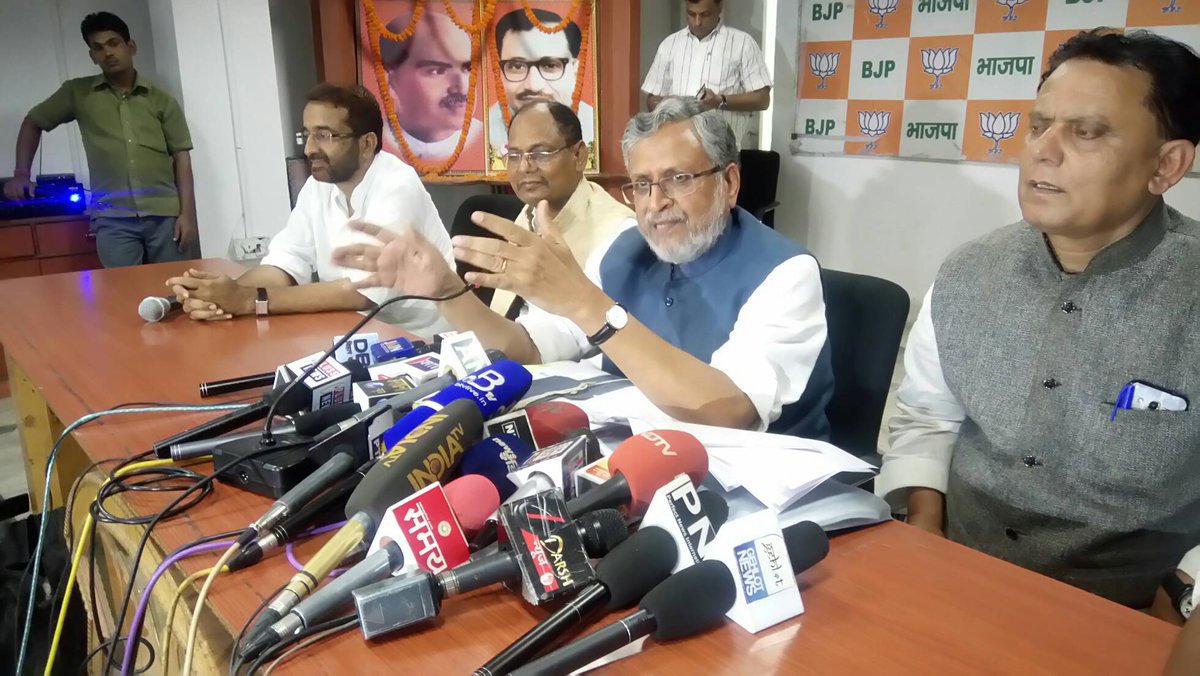 PATNA: The BJP today sought ouster of RJD chief Lalu Prasad’s minister-children from the Nitish Kumar cabinet alleging they were involved in a land scandal.

The BJP has alleged a big mall is being constructed upon this controversial land plot in Patna at the cost of over Rs 500 crore. It charges that Prasad family is not only owner of the plot but is also constructing the mall making such huge investment.

“Chief Minister Nitish Kumar should dismiss both sons of Lalu Prasad from his cabinet since they are directly involved in land deal,” senior BJP leader Sushil Kumar Modi told the media on Friday, releasing documents.

Prasad’s younger son Tejashwi Yadav is deputy chief minister in the government whereas his elder son Tej Pratap Yadav is a health minister. In addition to that, Tej Pratap holds the key portfolio of environment and forest and minor irrigation.

Modi alleged Prasad was given this prime land by a businessman in lieu of helps as a railway minister in 2005.

He said initially they thought the scam was worth only Rs 90 lakh but on being dug further, it turned out to be a Rs 750 crore scam involving a shopping mall.

“I challenge Lalu Prasad to prove this mall does not belong to his family. If yes, how did the ‘son of a peon’ amass such a huge wealth?” asked Modi.

No comments have come from the RJD chief so far over these allegations but earlier he had welcomed an inquiry when the soil scam surfaced.