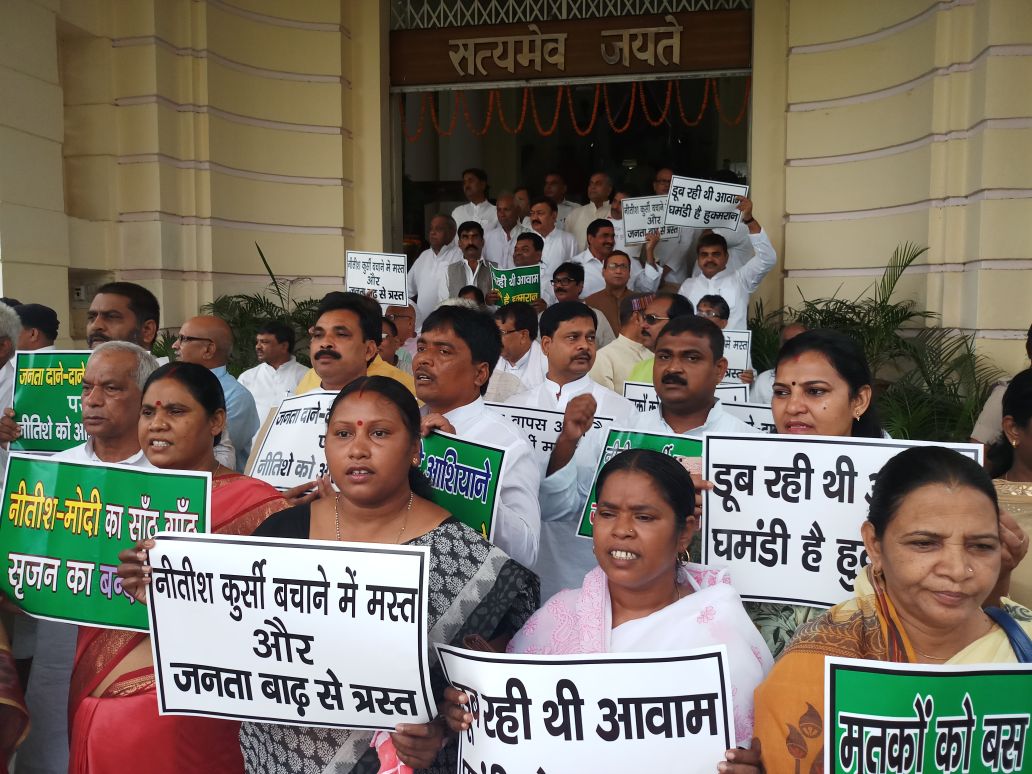 PATNA: Bihar assembly today witnessed noisy scenes over the issue of flood, prompting the Speaker to adjourn the House till lunch.

As the House assembled for the day, senior RJD leader Abdul Bari Siddiqui stood from his seat and sought immediate discussion over the issue.

The Speaker also agreed for this under the rule but the RJD remained hell-bent on debating the issue then and there.

Eventually, the RJD members trooped into the well of the House and resorted to slogan-shouting, prompting the Speaker to adjourn the House.

Floods have affected a huge populations of 1.58 crore (15.8 million) settled across 2,313 panchayats of Bihar.

Floods have displaced over 700,000 populations in 19 districts and claimed 367 lives, highlighting the gravity of the situation.

It has also affected standing crops planted in 650,000 hectares of lands and damaged 2500 houses.