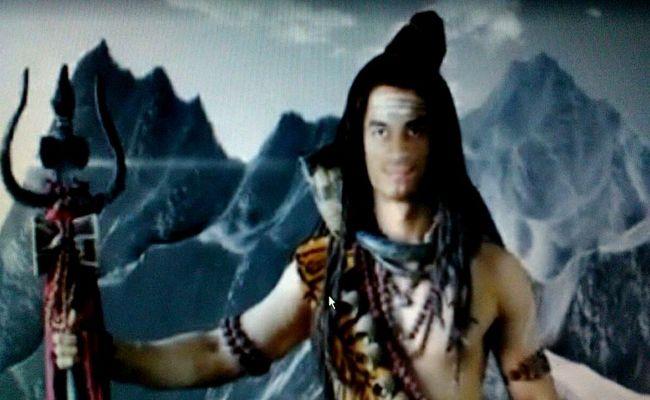 PATNA: Bihar health minister Tej Pratap Yadav is once again in the news: this time for changing his appearance like Lord Shiva on the occasion of Maha Shivaratri, a Hindu festival celebrated annually in honour of god Shiva.

Tej Pratap who is the elder son of RJD president Lalu Prasad today posted a video on his Facebook account, highlighting his new role.

In the three-minute video, the health minister is changing himself as Shiva, staying at Kailash mountain and giving blessings to his devotees.

On New Year day this year, he was seen in Krishna avatar: changing his appearance like Krishna wearing red headgear with peacock feather and playing the flute among cows.

Tej Pratap who is a first time minister has been elected from Mahua assembly seat in Vaishali district.

He is known getting involved in many funny acts which have not gone down well within the general masses.