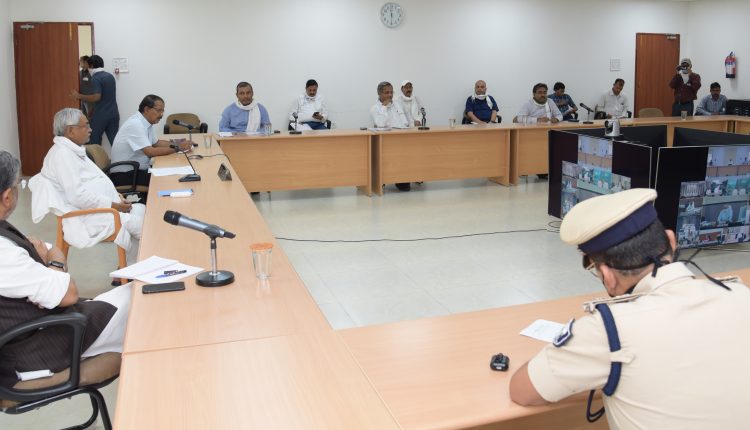 PATNA—The state government in Bihar wants the lockdown to be extended further to contain the spreading Coronavirus, media reports said on Monday.

According to the reports in the local media, the chief minister highlighted his concern during PM’s meeting with CM of all States through video-conferencing on Monday.

Currently, as many as 37 districts out of Bihar’s total 38 have come in the grip of Covid-19. Only Jamui district is free from this disease.

During a review meeting with officials, state health secretary Sanjay Kumar told the chief minister that a total of 150 migrant workers who returned to Bihar in between May 04 to May 10 have been found infected with Covid-19, according to a Press statement issued from CM House on Monday.

Of the 150 workers found infected with virus, a maximum of 41 came from NCR, 36 from Maharashtra, 33 from Gujarat, 10 from Telanaga, three from Haryana and remaining from other states.

The chief minister has demanded that all arrangements be made to bring within a week all the Bihari migrants who want to return home.

According to him, there must be a proper coordination between the railways and the state governments to bring the willing migrants back homes.

As per an official report, currently, a total of 132,226 migrant labourers are staying at various quarantine centers across the state.

Get a slice of Bihar’s own ‘Lockdown’ mangoes to ward off Corona stress!