Bihar govt to industrialists: ‘Invest in State, will provide you huge workforce’ 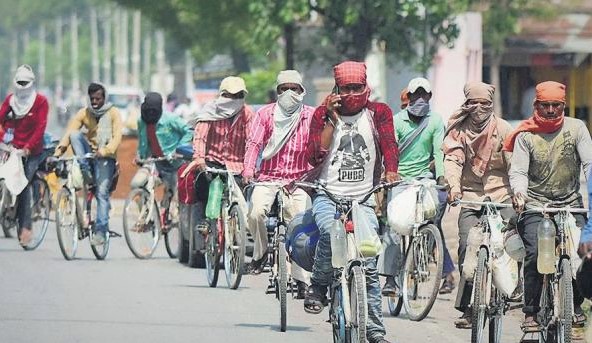 PATNA—The state government in Bihar has appealed to the industrialists to invest in the state while promising to make them available huge workforce.

Speaking to a section of media, Bihar deputy chief minister Sushil Kumar Modi said the government was holding talks with industry heads to persuade them open their units in Bihar so as to take full advantage of labourers available in plenty.

He said the industries facing labour crisis due to lockdown have the golden opportunity to start new units in Bihar.

The Bihar government has also brought changes in the existing labour laws through which the duty hours of the labourers has been extended to 12 hours from the existing eight hours.

He added that the labourers performing duty for more than eight hours would be adequately compensated.

Top industrialists have showed little or no interests in Bihar in the past 15 years despite all efforts by the ruling Nitish Kumar government.

The state government is currently engaged in conducting skill mapping of the returning labourers to provide them employment in accordance with their skill.

The skill mapping of some 88,293 labourers now kept at the government-run quarantine centres has found that quite many of them are skilled, semi-skilled and even unskilled.

According to the data prepared by the authorities, quite many are technicians, data entry operators, banking sector, e-commerce sector and textile sector workers, IT sector staffs, financial advisors and delivery boys. However, majority are related to construction sector.

As per the report, 32,335 have been identified as unskilled labourers, around 11,000 construction workers, 3,963 masons while others were working as floor tiles workers, centering workers, electricians, fabrication staffs, factory staffs, food processing sector workers, handcraft and carpet workers, tailors and plumbers.