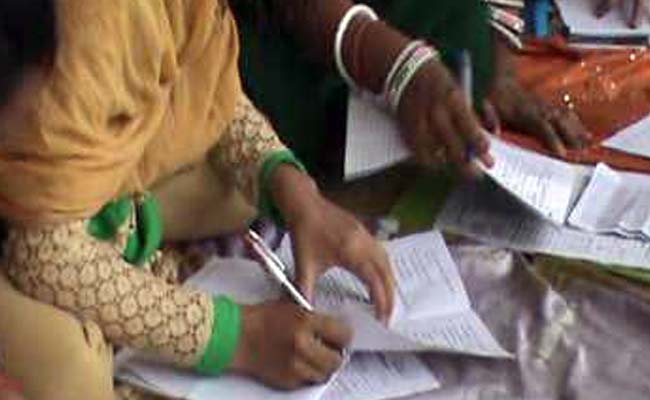 PATNA: Students appearing at Class 12 examinations in Bihar are resorting to innovative methods to cheat in the exam halls as the authorities have tightened measures to stop use of unfair means in the exam.

Today the authorities nabbed a girl examinee who had come to the examination centre writing answers on her inner garment brassiere.

The girl was caught from an examination centre in Sheikhpura district of Bihar but was allowed to sit in the examination later in new dress after she started crying and promised not to repeat this mistake in future.

As per reports, an invigilator got suspicious about her behavior when he saw the girl examinee frequently peeping inside her undergarment.

More than 1.2 million students are appearing in the Class 12 examination being conducted by the Bihar School Examination Board.

The state government has tightened measures to stop malpractices in the examination to escape further embarrassment after the video of the guardians climbing atop the walls of the examination centre and supplying chits to the examinees went viral recently.

However, the media has been prohibited from going near the examination centre and taking photographs this time, as per media reports.