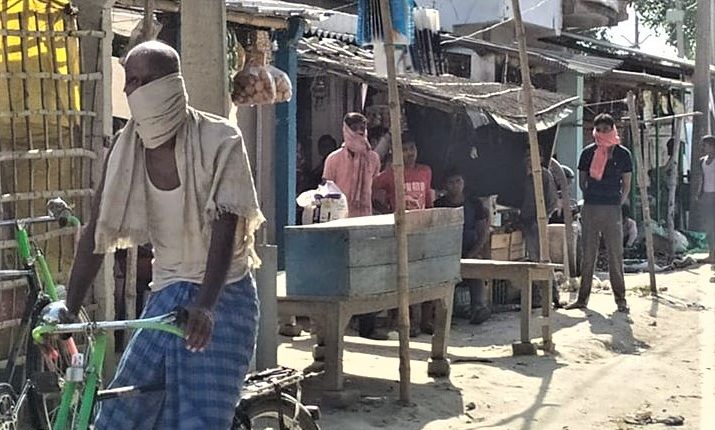 PATNA—The growing level of awareness among the common men has kept 97 percent of village councils or Gram Panchayats safe from the deadly Coronavirus (Covid-19) in Bihar so far.

The main cause of surge in Covid-19 cases is said to be the returning migrant labourers especially from three states of Delhi, Maharashtra and Gujarat.

According to a government statistics, there are a total of 8,386 village councils in the state. Of them, the Covid-19 cases have been reported from only 260, which comes to little over three percent only.

Panchayati Raj department authorities said this all happened only because of the increasing level of awareness among the villagers about this disease or the government’s initiatives would have simply flopped without the villagers’ support.

One of the main factors that has successfully contributed to containing the Coronavirus spread in the state, officials say, is the villagers’ traditional habit of carrying towels or scarves on their shoulders.

“Most of the farmers carry towels which they use as multi-purpose tool, especially as turban. Long before the state government started distributing face masks among the villagers, the latter started using the towels to cover their mouth and noses which prevented them from coming in contact with the virus. Even the rural women folk could be seen using the sari to cover their mouth. These traditional measures have worked wonders,” some Mukhiyas said.

Yet another thing that stopped Corona spreading to villages is the sudden change in villagers’ habits. Villagers are known to be playing cards and rubbing khainis on their palms during lean days but currently many have stopped doing them that contained Corona.

Quite many villages even put up barricades at the entry and exit point, banning entry of the returning migrants and then informing the local officials about their return.

At several villages in Patna, Gopalganj and Nalanada, returning migrants who had come on trucks and other transport were not allowed to entry their villages when they tried to sneak inside the village. Instead, the local villagers called up the officials concerned who rushed to the village and got them admitted to the quarantine centres.

But for these centres, they would have rushed to their homes which would have left the villages in serious dangers.

Health officials said the main reason behind increasing number of Corona cases in the state is the returning migrants.

Of the total count, 999 are migrant labourers. Of the total migrants having tested positive for Covid-19, 296 have come from Delhi, 253 from Maharashtra, 180 from Gujarat, 66 from Haryana, 58 from West Bengal, 34 from Rajasthan, 32 from UP and remaining from 11 other states.

Covid-19: Mother refuses to open door for son after he straightway rushes home on return from Mumbai