Bihar doctor beaten up after woman patient dies at hospital 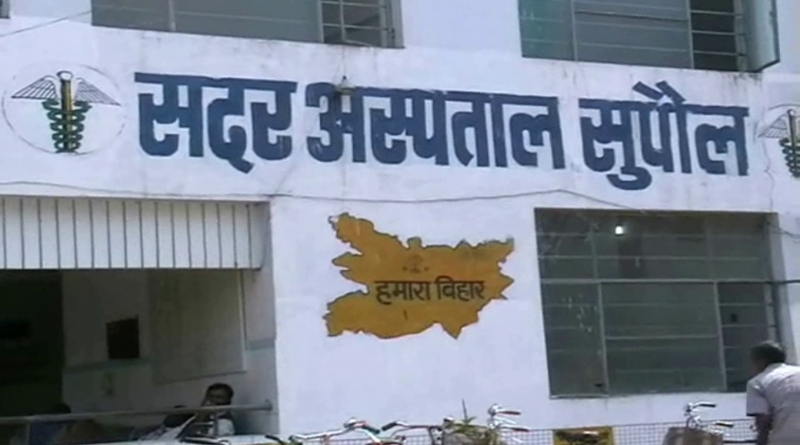 PATNA: A doctor in Bihar was badly beaten up after a patient died at the hospital in course of treatment.

The incident took place at the local Sadar hospital in Supaul district of Bihar on Saturday night.

Reports said a woman was admitted to the hospital in a critical condition on late Saturday night.

Immediately, a doctor on duty Dr Sachidanand Rai began her treatment but sometime later, the patient died. The victim has been identified as Rina Kumari, wife of Dilip Sah.

Angry attendants of the patient then caught the doctor, hurled abuses at him and badly thrashed him in the hospital blaming negligence on the part of the doctor. The doctor fell unconscious after merciless thrashing. The injured doctor has been admitted to a private clinic for treatment.

The incident has left the doctors community on the boil. Irate doctors have threatened to boycott works if the accused persons are not arrested within 72 hours.

The police in the meanwhile have intensified security around the hospital and assured all necessary action in this regard.