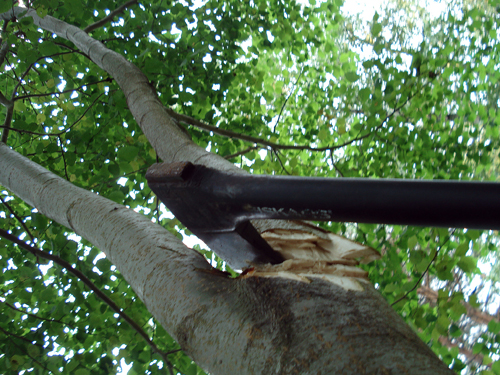 PATNA: In a move aimed at saving environment, the state government in Bihar has announced stricter punishment to those trying to fell tree for ‘Holika dahan this time.

The Holika bonfire is the most common mythological explanation for the celebration of Holi or the ‘festival of colours’ which is one of the biggest festivals of Hindus in India.

The announcement has been made by the state’s Forest and Environment Department keeping in view the fast depleting forest cover in Bihar which already has been left with small forest areas after its bifurcation.

“Those caught felling trees for the Holika dahan will be arrested and sent to jail,” chief forest conservator DK Shukla told the media today.

He appealed to the masses to rather plant a tree instead of feeling them for bonfire.

Stating that he had alerted the forest staffs to keep watch on the people feeling trees, the official added he had also sought helps from the district administration, municipal corporation and road construction department in this regard.

“A man’s life is wholly dependent on trees and hence we should try to save environment by planting more trees,” Shukla explained.

Bihar is currently left with little about 13 percent of green cover which is four percent less than the government’s target of 17 percent by 2017.

Prior to bifurcation, Bihar had a total forest cover of 39 percent but post bifurcation in November 2000, it was left with only five percent of green cover as majority of the forest areas went to Jharkhand state.  Now the government is trying hard to increate the green cover.