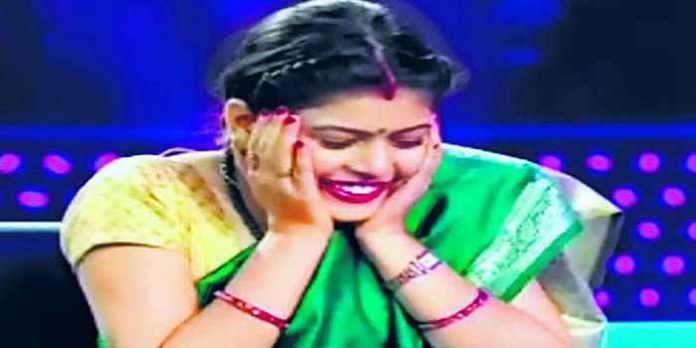 PATNA: KBC contest Neha Kumari who hails from Bihar won hearts of the millions through has naughty acts and raw wits.

Neha, a resident of Nalanda district, won Rs 25 lakh (Rs2.5 million) at the KBC but what was more she entertained the host as well as the audience quite much through her interesting tales and expressions.

Host Amitabah Bachchan had gales of laughter when Neha revealed how her in-law’s family holds some stark similarity with form family at least in matter of nomenclature.

She told him how her in-law’s family has “Amitji, Jaya, Abhisek and to some extent she herself bears similarity to Aishwarya”.

“Do I look like Aish even one percent? If you reply in the affirmative, my father-in-law will be very happy,” she asked Bachchan.

To which Bachchan replied, “Why only one percent? You look like 50 percent.”

She is the second contestant who won laurels for the state.

Earlier, another contestant Sushil Kumar had brought glory to the state when he became the first contestant to win Rs 5 crore at this popular reality show in 2011.