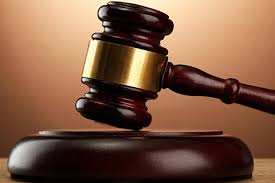 PATNA: A district court in Bihar has awarded death sentence to a man for killing a little girl after rape.

The judgement was delivered on Wednesday by the district and session judge DN Yadav in East Champaran where the incident took place six years back.

The court of DN Yadav also imposed a fine of Rs 20,000 on the accused Dhruv Sahani who committed the heinous crime.

The two-and-a-half-year-old girl was playing outside her home at a village under Chiraiya police station in the district when the accused took her to a field and raped her before murdering her.

He fled the scene after committing the crime but was nabbed later on the basis of a towel found at the place of occurrence.

“The additional district and sessions judge awarded capital punishment to the accused terming it as the ‘rarest of rare’ case,” government counsel Subhash Chandra Yadav told the media.