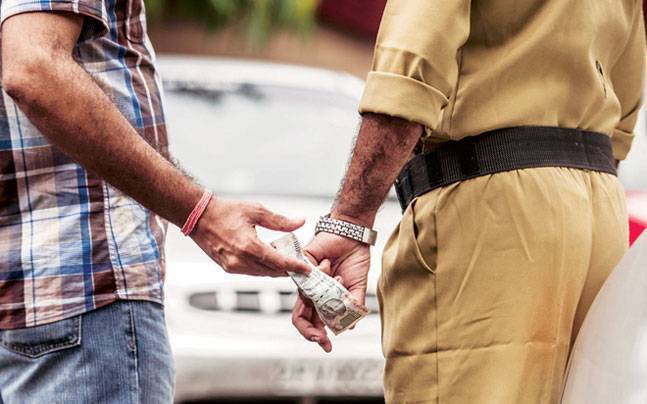 PATNA: A police man in Bihar badly assaulted a truck driver after he refused to give bribe. The beating caused fractures in his hands.

The incident took place in Sasaram, the district headquarters of Rohtas district, on Wednesday morning.

As per media reports, a traffic cop demanded money from the driver Arun Kumar Yadav to release his truck after he entered into the no-entry zone.

Reports said the driver offered Rs 50 to release his vehicle but the cop went on demanding Rs 500 leading to verbal altercation after which the cop beat him baldy with bamboo stick, fracturing his right hand.

In protest, the driver parked his truck in the middle of the road and sat in protest, leading to heavy traffic jam.

The blockade was lifted after the officials promised to initiate action against the guilty cop.

The victim driver who belongs to Gaya district has been admitted to a local hospital for treatment.

‘Dry’ Bihar? Another three die after consuming toxic liquor in past 15 days