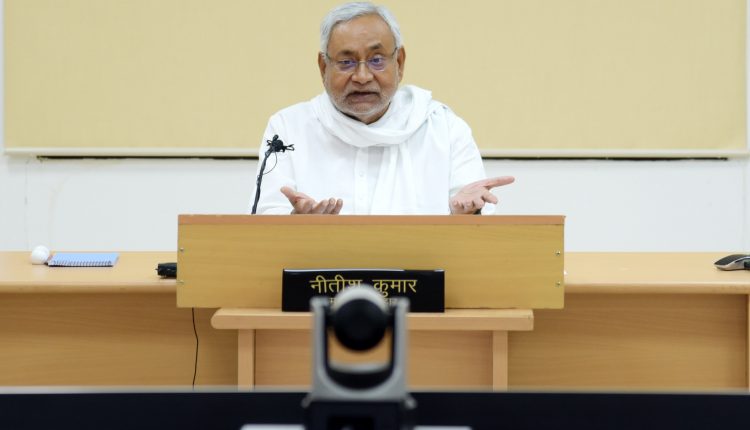 PATNA—Bihar chief minister Nitish Kumar on Saturday underwent Covid-19 test after he had attended an event in Patna with a BJP leader who has now been tested positive for the deadly virus.

A Press statement issued from CM Office said the chief minister himself opted for the Corona test on Saturday and also asked the officials working with him to go for the test.

The chief minister opted for the test shortly after the acting chairman of Bihar legislative council Awadheh Narayan Singh and his family members tested positive for Covid-19.

Singh had administered the oath of office and secrecy to nine newly-elected Members of Legislative Council (MLCs).

The chief minister Nitish Kumar had also attended the swearing-in ceremony organised on June 1 and was found seated next to the council chairman. The test report of Kumar, however, is still to come.

Punishment & reward: Bihar to charge Rs50 as fine for not wearing mask but will also gift two face masks!