Bihar: Close shave for Kanhaiya as his convoy attacked for 7th time in 16 days 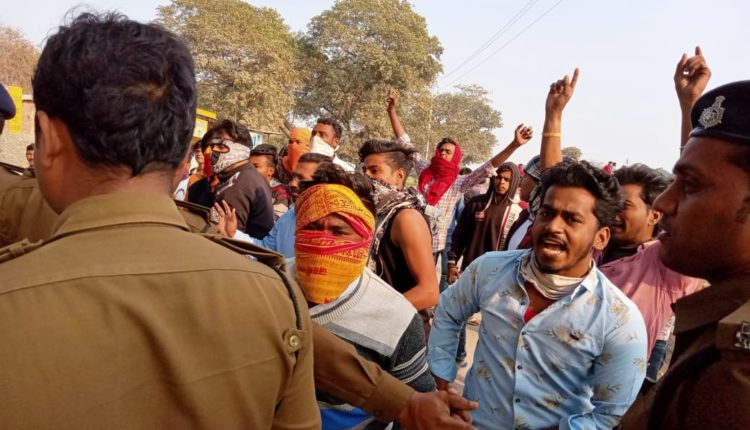 This was the seventh attack on his cavalcade since he set off on anti-CAA tour across Bihar on January 30.

According to a Press statement issued by the party, Kanhaiya was on way to address a rally in Ara town when a group of masked men, said to be 40-50 in number, attacked his convoy with stones and bamboo sticks, damaging many vehicles in the convoy and injuring some persons.

“Though our convoy was attacked many times in the past, today attack was horrible. We indeed had a very close shave,” Congress lawmaker Shakeel Ahmed Khan who was accompanying Kanhaiya on his tour told the media on Friday.

“This was the first time that the vehicles on which we were traveling were attacked though luckily we escaped unhurt. Eventually Kanhaiya had to be shifted to another car,” Khan added.

According to a party Press release, the attackers also torched the dais erected at Ramna Ground in Ara town where Kanhaiya was to address the rally.

“Anti-NRC-NPR-CAA Front strongly condemns the attack on Kanhaiya cavalcade. We are of the opinion that the local administration failed to provide security to convoy,” a Press statement issued by the Front said on Friday.

Earlier on February 10, his cavalcade was attacked by angry mob in Jamui district of Bihar while he was leaving for neighbouring district to address another rally.

On February 7, his convoy had been attacked with shoes and slippers in Katihar district. A day earlier, his convoy was attacked with stones in Madhepura district, breaking window panes of a few cars although he himself escaped unhurt.

Prior to that, his convoy was attacked in Supaul district. While he himself escaped unhurt, his driver sustained injuries in the stone-pelting which also damaged a few cars.

On February 01, his cavalcade was attacked with bricks in Saran district as Kanhaiya had a narrow escape.

“The followers of Godse have got panicked after watching tremendous support of the masses for my yatra and are attacking my cavalcade but the ‘caravan’ of love is not going to come to a halt midway,” Kanhaiya has said.

He added he had launched his state-wide campaign to save the Indian Constitution and alert the masses about how the Narendra Modi government had turned to CAA, NPR and NRC just to divert the attention of the youth from the real issues.

Kahaiya is currently on state-wide tour nicknamed “Jan-Gan-Man Yatra” which was launched on January 30 coinciding with the death anniversary of Mahatma Gandhi under the banner of “Joint Forum Against CAA-NPR-NRC.

He began his yatra from West Champaran, which is scheduled to conclude with a rally in Patna on February 29.

The Communist Party of India (CPI) has strongly condemned the attacks on Kanhaiya’s convoy and blamed it the handiworks of the Rashtriya Swayamsevak Sangh (RSS), the ideological mentor of the Bhartiya Janata Party (BJP).

“The attacks are being engineered by the supports of RSS and the BJP. This is not the attacks Kanhaiya but on democracy and the freedom of expression,” state CPI secretary Satya Narayan Singh said.

He warned of launching aggressive agitation if the government didn’t provide adequate security to Kanhaiya’s cavalcade.

Kanhaiya had fought the recent Lok Sabha polls on CPI ticket from Begusarai seat but he lost to firebrand BJP leader and federal minister Giriraj Singh.