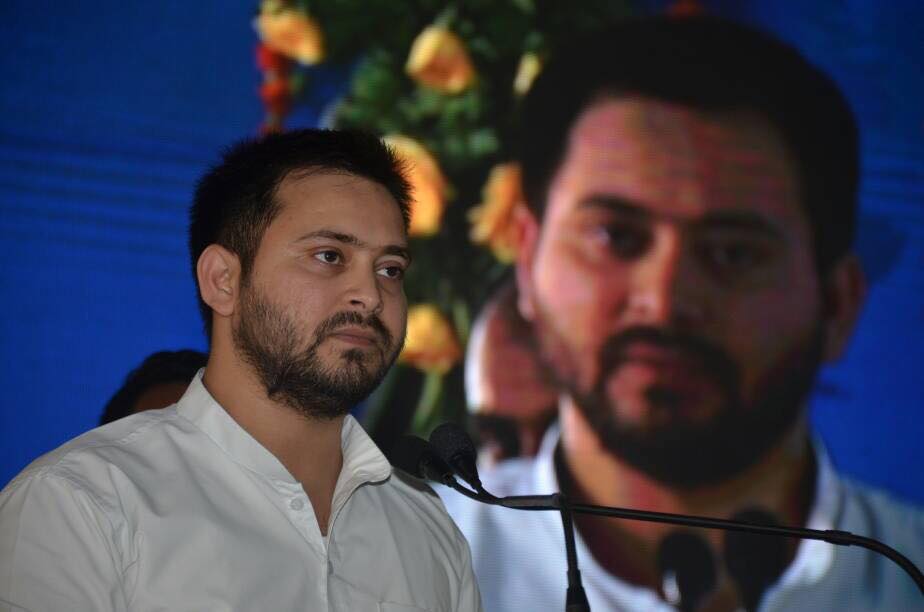 PATNA: Former deputy chief minister Tejashwi Yadav pounded heavy attacks on the ruling regime alleging Bihar has turned into a “manufacturer state of scams” in the past four months since Nitish Kumar switched sides to form government with the BJP.

Nitish Kumar who heads the JD-U walked out of the erstwhile ruling Grand Alliance in July this year to form his new government with the BJP, charging the RJD with indulging in corrupt deals.

“Barely within four months (of the formation of NDA government), Bihar has become a manufacturer state of scams but no action is being against any one. It looks like ghosts are involved in scams,” tweeted Tejashwi on Saturday.

He wondered over the way the various investigating agencies were issuing summons after summons against his family and they are well cooperating but “no such action has been taken against those involved in ‘established crime’ both in Bihar and in the country as well.”

He claimed the investigating agencies had failed to file charge-sheet against him despite five months after registration of the case since there is no evidence against him, and charged his political rivals with threatening him to implicate in false cases.

Bihar chief minister Kumar too continued his attacks on arch-rival for the fourth day.

“Making his children hurl abuses (on rivals) is the brilliant example of social harmony and composite culture,” tweeted Kumar on Saturday.