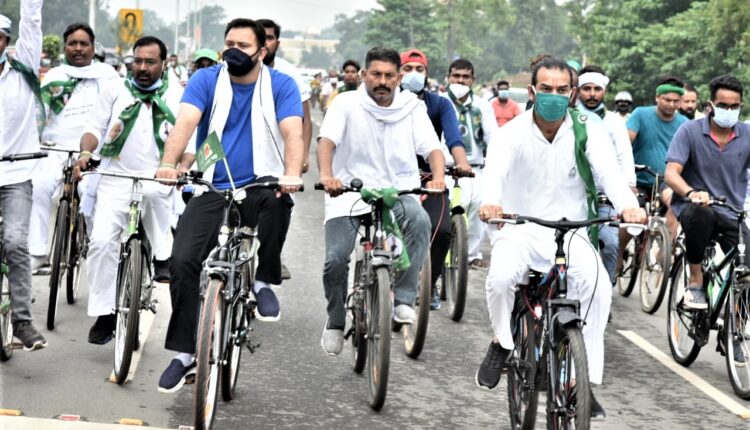 PATNA—The main Opposition RJD on Thursday took a resolve to install party leader Tejashwi Yadav on the throne of Bihar. The next assembly elections are due in October/November.

The leaders took this decision at a meeting of party’s SC/ST Cell held in the party office on Thursday. The meeting was chaired by Anil Kumar Sadhu.

Addressing the meeting Tejashwi promised to set up new industries in the state, provide employments and deliver “economic justice” along with social justice to the people should he gets chance to rule the state.

Earlier in the day, Tejashwi accompanied by scores of party leaders took out “Cycle March” on the streets of Patna and also dragged a tractor by rope to protest increase in price of petrol and diesel.

He said the issues like unemployment, price rise, poverty and health hazards had ruined the common men adding the ruling NDA governments had no moral right to stay in power.