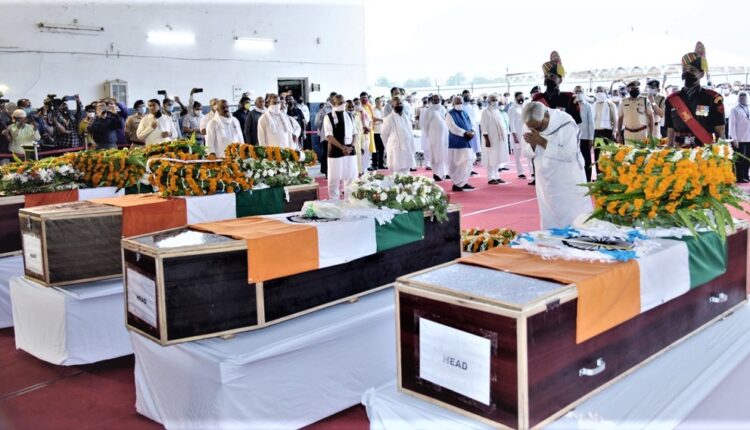 PATNA—Bihar chief minister Nitish Kumar on Thursday paid floral tributes to the soldiers who laid down their lives while defending their country from the Chinese army in Ladakh.

Scores of politicians were present at the Patna airport when the bodies of the martyred soldiers were brought by special plane today.

Paying his last respect, the chief minister announced to give a compensation of Rs11 lakh to the kin of each dead soldier on behalf of the state government and another Rs25 lakh from the Chief Minister Relief Fund.

The chief also announced to provide government jobs to the kin of each dead soldier.

As many as five soldiers from Bihar were killed in the violent conflict with the Chinese army in the Galwan valley of India-China border on Tuesday night.