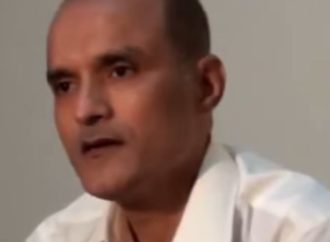 The Hague: Handing out India a big diplomatic victory, International Court of Justice on Thursday stayed the execution of former Indian  Navy officer Kulbhushan Jadhav, ordering Pakistan not to hang him pending a final decision.

The court asked Pakistan to take “all measures at its disposal” to ensure that Jadhav is not executed till a final decision is taken.

The order comes ten days after India approached the UN’s top court for “provisional measure” of protection — an interim relief — in the Jadhav case.

A Pakistani court had earlier sentenced him to death after being convicted of espionage.

Overruling Pakistan’s contention that  ICJ  has no jurisdiction  over the matter, an eleven-member bench said that it has  prima facie jurisdiction in the case after Pakistan’s failure to give consular access to India.

Fighting to save Jadhav, India on Monday told the International Court of Justice that there is an “immediate threat” that he may be executed any time that calls for urgent suspension of the sentence, media reports said.

“The situation is grave, it is urgent, and hence we approached this court at such short notice,” senior lawyer Harish Salve, representing India, told the UN court as an an open hearing of the case was underway at the Great Hall of Justice at the Hague in Netherlands following India’s challenge to Jhadhav’s death penalty.

Jadhav, a former navy officer, was sentenced to death by a Pakistani military court last month after being convicted of spying.

Describing it as “farcical,” India said   Pakistan must ensure he is not executed until a court decision.

Salve said Pakistan had  repeatedly denied consular access to India, which violates  the provisions of Vienna Congress and no document of  Jadhav’s trial process was given by Islamabad.

“The basic rights of Jadhav were thrown to the winds,” he said.

Last week, after India challenged the death sentence, Pakistan was asked by the International Court to put it on hold.