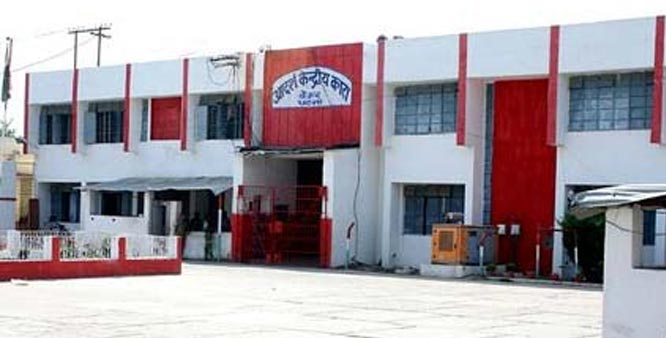 PATNA: Authorities in Bihar have planned to speedily try 10 terrorists currently lodged in high-security Beur central Jail in Patna after eight terrorists escaped from Bhopal central jail before being finally gunned down.

All the terrorists lodged in Beur jail were allegedly involved in Bodh Gaya and Patna’s Gandhi Maidan serial blasts.

As of now, the terrorists owing allegiance to Indian Mujahideen and SIMI are carried to Patna civil court, some 12 km from the jail, for trial which is said to be a very risky job.

Post Bhopal jailbreak, however, the authorities have planned to conduct their trial from the jail itself through video conferencing.

“We are very soon writing to the Home department, legal department as well as the Patna High Court to speedily try the terrorists,” Patna district magistrate Sanjay Agarwal told the media today.

Yesterday, the police conducted raids in the jail and carried extensive searches in every ward. As many as 10 dreaded terrorists are currently lodge din Beur jail.

Earlier on Monday, the jail IG Anand Kishore had reviewed jail security in all jails of Bihar.

Last months, the terrorists had clashed with the security forces over checking of food and assaulted the cops.

Reports quoting police sources said the terrorists clashed with the police while they were checking the foods being served to them.

‘Laawaris’ replayed: How a Bihar youth wants DNA test to trace out his biological father