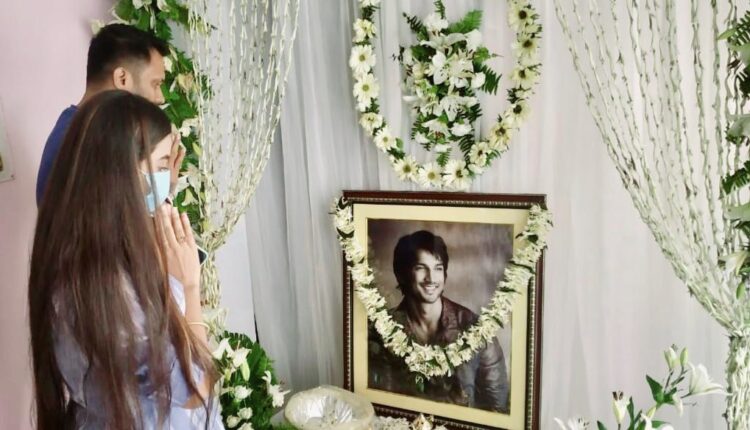 Khesari visited the residence of Sushant’s father on Saturday and expressed grief over his untimely end.

“Sushant was a great actor. We have lost a jewel,” Khesari told the media after meeting Sushant’s parents adding nepotism is nothing new to Bollywood.

He wondered over the way the his fans remained silent all this and are protesting only after he is no more.

“Alas, they had showed such concerns earlier,” he said.

Bhojpuri actress Akshra too visited the family of Sushant and paid floral tribute to the actor who ended his life on June 14.

The police are now investigating his suicide over the reports that he was forced to commit suicide out of extreme mental torture.

A day earlier, Union minister Ravi Shankar Prasad had met the family of the Bollywood actor and offered his condolences.

Angry fans have been continuously protesting on the streets and expressing anger over the death of actor.

At least three of fans have committed suicides so far. They include two from Bihar and one from Odisha.