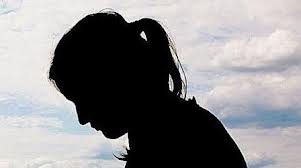 PATNA: A schoolgirl who was allegedly raped by a ruling party legislator in Bihar has passed her grade 10 examination with first division. The result was announced on Sunday.

Officials said the victim obtained 67 percent marks in the matriculation examination conducted by the Bihar School Examination Board.

The victim who hails from Nalanda district got 335 marks out of total 500. In mathematics, she got 76 percent marks.

The family members expressed happiness over the result and thanked the government for providing all the necessary helps, including arranging a tutor for her at home as well as a nearby exam centre, at the time of crisis.

The girl was allegedly raped by RJD legislator Raj Ballabh Yadav at latter residence in February this year.

The victim was lured on the pretext of attending a birthday party in the locality by one Sulekha Devi who later handed over the girl to the legislator.

After much police pressures, the main accused surrendered in the court in March and was sent to the jail.

The police have already filed charge-sheet in the case and have announced to speedily try the case. The accused has also been suspended from the RJD for his dirty act.