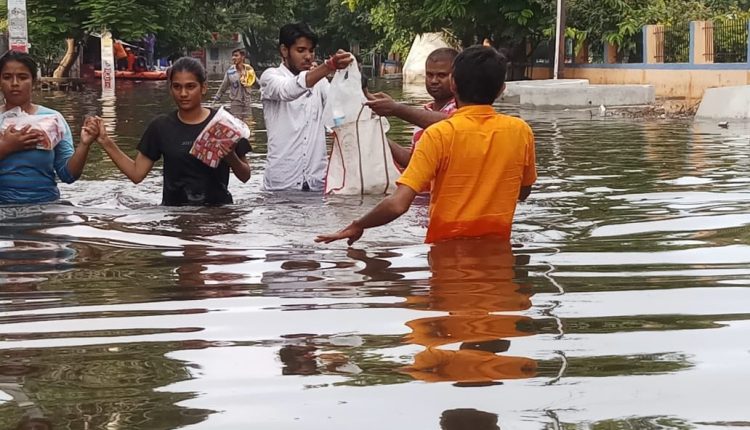 PATNA: There is a bad news for the residents of Patna still trapped in their flooded homes.

According to reports in the local media, the map of Patna’s drainage network has gone missing from the Patna Municipal Corporation (PMC) office as a result of which the officials don’t have any idea about how to drain out the stagnant water. The map is said to be missing since 2017, reports said.

“The map should be available with the Bihar Urban Infrastructure Development Corporation (BUDCO) since they have the responsibility to run the sump houses,” Patna mayor Sita Sahu has told the media.

The missing of the drainage network map has raised fingers about the authorities’ move to keep the city clean.

The first pertinent question that arises here is that how the PMC prepared the budget for cleaning the city’s drains when they have no idea about the location of drains and catch-pit holes in the absence of map and then where was spent the total budget of Rs6 crore for cleaning the drainage system.

The mayor gives a peculiar logic for this. “The old staffs of the PMC are aware about the city’s drainage system and it was under their inspection that the drains were cleaned,” the mayor told the media.

This has left the residents literally imprisoned in their homes on limited food staff and potable water.

Hapless residents left in the lurch as BJP, JD-U blame each other for Patna flooding