Baby elephant separated from herd gets ‘mother’ in Ranchi zoo 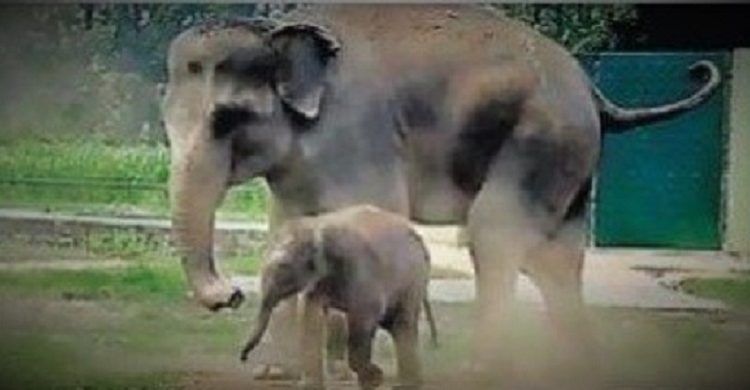 PATNA—Forest officials are ecstatic after a zoo elephant accepted a calf which had got separated from its mother which was part of a herd in Jharkhand jungle.

Officials said Samrat, a baby elephant, had got separated from its mother in Podahat forest of Chaibasa in March this year.

Subsequently, Samrat was brought to the Ormanjhi zoo on March 28 and then kept in quarantine for 28 days to check if the baby elephant has any infection.

Family ties dead boy to tree in the…

After finding it fit, the forest officials left the baby elephant to stay with Lucky Rani, female elephant, in the zoo.

The officials were surprised when they saw the female elephant caressing the baby elephant and giving it the love of a mother.

“We are amazed to see zoo elephant accepting the wild animal and giving it the affection of a mother. Normally the domesticated zoo animals don’t accept the wild animals,” said an expert.

Cracks in NDA? LJP asks workers to be ready to contest all 243 assembly seats in…