ASAT test: Why Opp questions Modi’s address to the nation over rare achievement? 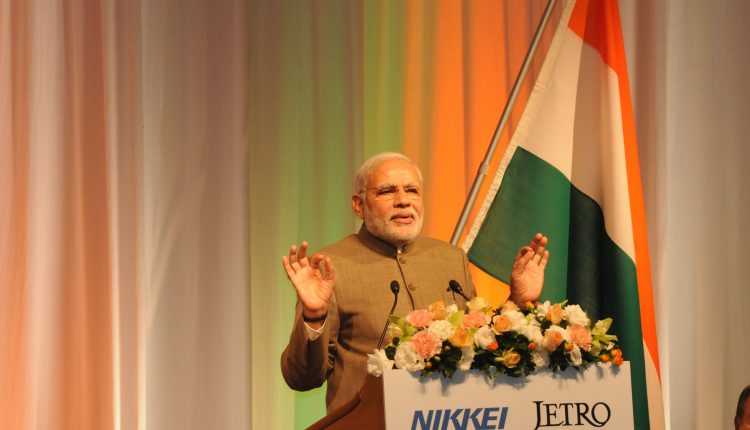 India on Wednesday achieved rare capability when it successfully tested an anti-satellite missile by shooting down one of its satellites in space. The rare feat has enabled India joining the big league of three world nations, U, China and Russia who achieved this distinction long back.

What, however, has drawn everyone’s attention is Prime Minister Narendra Modi’s move to address the nation over the issue while the model code of conduct remains in place now with the parliamentary elections in process.

“Our scientists shot down a live satellite 300 kilometers away in space in low-earth orbit. India has made an unprecedented achievement today,” the PM said in a rare televised address to the nation on Wednesday.

He didn’t stop at that and even turned to the Twitter to widely advertise his address, describing it as an “important message” and advising the masses to “do watch the address on television, radio and social media”.

He added in the journey of every nation there are moments that bring utmost pride and have a historic impact on generations to come.

“One such moment is today. India has successfully tested the Anti-Satellite (ASAT) Missile,” the PM tweeted later, describing it as the “remarkable dexterity of India’s outstanding scientists and the success of our space programme”.  He said the mission would make India stronger, even more secure and will further peace and harmony.

The move assumes much political significance in the light of ongoing general elections where the Modi-led ruling Bhartiya Janata Party is caught in tough contest with the opposition.

Although the Congress party has failed to stitch an alliance with major parties in states, some local regional parties have formed an alliance against the ruling coalition and is giving tough challenge to the BJP.

Experts now say the BJP is trying hard to bring the tide in its favour in various ways. First it had tried to create national sentiment when India carried out air strike in Pakistan 12 days after the Pulwama air strike in Kashmir that killed at least 40 Indian soldiers.

“The Prime Minister perhaps feels that very hype of nationalism created by is government is slowly on its way out and hence is applying every possible trick to lure the voters,” remarked prominent political expert DM Diwakar.

According to him, the successful testing of anti-satellite missile was indeed a big achievement but as such the scientists from the concerned department, Defence Research and Development Organisation (DRDO), involved in the programme should have informed the nation.

He said the BJP and the PM, of late, used multiple tactics to win the support of the masses. “It raked up the Ram temple issue, organized conclave of saints, the PM himself took dip in the Ganges and also washed off the feet of the Dalits and even publicised Balakot act but all have failed to work. So, the PM is desperate to somehow get the attention of the masses,” Diwakar added.

It’s not known how much the latest idea will prove helpful for the BJP but the Prime Minister has already landed in trouble for his move to address the nation at this time. The Election Commission has formed a panel to examine whether the PM’s address to the nation was violation of model code of conduct.

The Election Commission acted after various opposition parties brought the matter to its notice and urged to act against the Prime Minister who himself is as party candidate, describing it as open violation of model code.

ALSO READ: ndia has registered itself as Space Power: PM Modi says in his address to nation

“Such a mission should normally be announced to the nation and to the world by the relevant scientific authorities; instead the PM has taken the route of an address to the nation in making this an announcement which is a clear violation of model code of conduct,” CPI-M general secretary Sitaram Yechury said in a letter to the poll panel.

“The Prime Minister is trying to do politics under the guise of the announcement is very condemnable. The Election Commission must take cognizance,” BSP chief Mayawati said.

TMC chief Banerjee was even more singing in her attack on the PM. “Today’s announcement is yet another limitless drama and publicity mongering by Modi desperately trying to reap political benefits at the time of election. This is a gross violation of Model Code of Conduct,” alleged Banerjee.

ALSO READ: We are against arms race on outer space: Pak after India shoots downs satellite

She added there was no urgency in conducting and announcing the mission now by a government past its expiry date. “It seems a desperate oxygen to save the imminent sinking of the BJP boat,” she mocked.