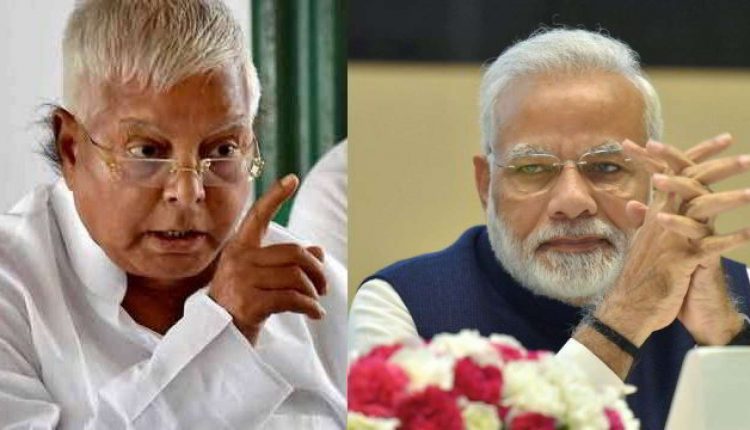 PATNA: The ruling Bhartiya Janata Party (BJP) in Bihar has been trying hard to lure the huge Yadav voters to its side ahead of the crucial state election scheduled next year.

Yadavs, a powerful backward community, account for roughly 16 percent of total voters in the state and hence their votes are considered very crucial for every party.

Yadavs have traditionally supported the main opposition Rashtriya Janata Dal (RJD) headed by mighty politician Lalu Prasad but they are said to be confused in the absence of their leader Prasad who has been serving prison term in jail in the multi-billion dollar fodder scam for the past 20 months.

Although Prasad has been granted bail in one fodder scam case, the chances of him coming out of jail appear remote ahead of the next assembly election since he has been convicted in as many as three cases while trial is going on in another case.

Another cause of disenchantment among Yadav voters is the way how Prasad’s children are engaged in the bitter game of one-upmanship to take control of party and are taking little interest in party affairs.

Although Prasad appointed his younger son Tejashwi Yadav as his heir apparent before going to jail, he not only skipped the entire month-long monsoon session of the Bihar assembly but also stayed away from party’s foundation day function and then party’s membership campaign he himself was to launch last week.

What is strange, Tejashwi has been out of his state for the past two months right since his party was delivered humiliating defeat in the just-held Lok Sabha elections where the RJD failed to open its account—first time since its inception in 22 years!  This has caused a lot of disappointment in the party’s rank and file and they are said to be totally confused as to whether to stay with the RJD or look for other options.

“Tejashwi’s absence from Bihar and party activities is leaving us confused. We don’t know where he is staying…this is bound to affect the party prospects,” RJD vice-president Shivanand Tiwari said. “None is listening to me…Tejashwi should have attended the party meeting,” Tiwari added.

Given the prevailing situation, the BJP is now seriously working on the strategy to lure the Yadav voters. Under part of this strategy, the BJP is giving key responsibility to the leaders from this community to convey the message that is also their well-wishers.

In a significant move in this direction, BJP president and federal home minister Amit Shah has appointed Bihar minister Nand Kishore Yadav the co-in-charge for the upcoming Jharkhand assembly elections. This is being considered a symbolic gesture to enthuse the Yadav voters and get them gravitated towards the BJP.

That is not the only bait. The top BJP leadership has already given double responsibility to a party parliamentarian Nityanand Rai who comes from the same Yadav community. Apart from being made the party’s Bihar unit president, Rai also has been given a place in the Narendra Modi cabinet as the Federal Minister of State for Home Affairs. Yet another Yadav leader Bhupender Yadav is already working as party’s Bihar in-charge.

“Although we don’t believe in caste-based politics, we are trying to win support of every caste, community and sections the society since our motto is ‘Sabka Saath, Sabka Vikas (everyone’s support, everyone’s development),” state BJP spokesperson Nikhil Anand said.

Political experts say Yadavs’ support could work wonders for the BJP in the assembly polls if it was able to win their confidence. The significance of this community is underlined from the fact that every party has been giving tickets to large number of Yadav candidates in every election. In the last 2015 assembly elections in Bihar, 61 Yadav candidates had emerged victorious while in 2010 assembly polls, 39 Yadav candidates were declared as winners.

However, Yadav voters have proved more loyal to the RJD so far. Of the total 61 Yadavs emerging victorious in the last 2015 assembly elections, 42 alone belonged to the RJD which amply indicates their fidelity towards the party of Lalu Prasad.

But, the experts say the scene could go for a change this time given the long absence of Lalu Prasad from the state’s political scene.