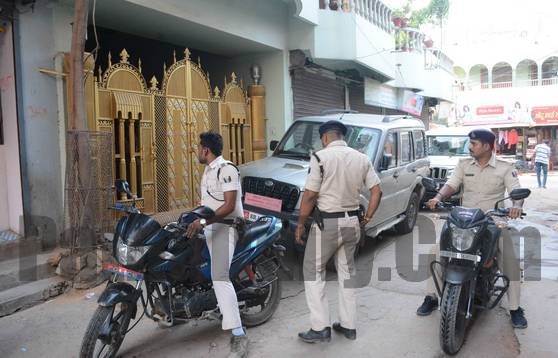 PATNA: A corrupt government official who was arrested by the anti-corruption sleuths in the weekend had converted his house into a virtual five-star luxury hotel.

The said official Suresh Prasad Singh posted as executive engineer with the road construction department was arrested from Patel Nagar of Patna on Sunday while receiving a bribe of Rs 14 lakh (Rs1.4 million) in cash from a contractor in lieu of awarding a road construction contract.

Officials who raided his home found at least 12 air-conditioners fitted in his home in various corners to lead a life of luxury.

That was not all. He had also kept various dogs of exotic breeds, foreign parrots and sparrows, pigeons and cats that would greet him everyday and calm down his work stress.

He also had a flower and fruit gardens on his rooftops with variety of flowers and bonsai fruit-bearing trees.

The authorities in the meanwhile have frozen several bank accounts of the corrupt official operational in Patna, Noida and Jharkhand. He had Rs70 lakhs (Rs7 million) in those bank accounts. Officials believe the engineer may have total assets worth around Rs15 to Rs 20 crore (Rs 150 million to Rs 200 million).

During the raid, the sleuths had seized cash totaling Rs2.36 crore (Rs23.6 million) from his house. The cash was found stashed in several objects, such as under the bed cover, almirah, cupboards and suitcases.

The authorities also stumbled upon several land plots of the engineer in Patna and Noida, huge investment through 26 LIC policies and also investment in foreign country.