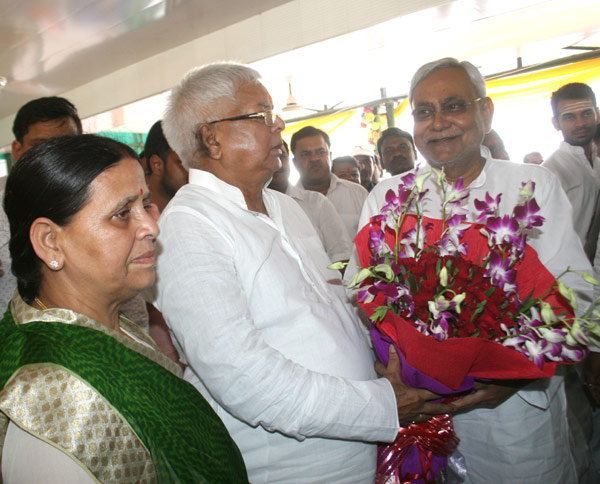 PATNA: Former Bihar chief minister Rabri Devi is least bothered about Nitish Kumar pulling out of the Grand Alliance and predicted his son, Tejashwi Yadav would become the chief minster one day.

“He has the potential to become the chief minister one day. He left his mark today as a Leader of Opposition in the Bihar assembly,” she told the media today.

Tejashwi who was the deputy chief minister in the previous government emerged as a fiery leader when he in his new ‘avatar’ as the Opposition leader tore into the chief minister for his talks on corruption, morality and political decorum.

Rabri Devi revealed replying too much on NItish Kumar ultimately proved disastrous. “We were having information of him growing proximity with the BJP yet we relied on him,” Rabri was quoted as telling a national Hindi news channel.

Her husband, RJD chief Lalu Prasad too put up a brave face saying Nitish Kumar’s walking into the BJP camp would not impact the Grand Alliance unity.

“His going back to the BJP will not make any difference. The Grand Alliance will emerge more powerful in 2019 LS polls,” Prasad said.

“Achchha hua jo wah chala gaya (It’s good that he left us),”he added and alleged the chief minister harped on the issue of corruption just to move in the company of the BJP.