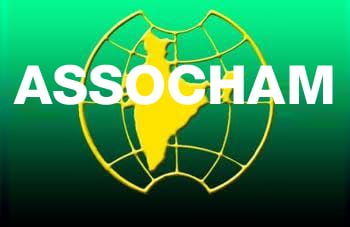 New Delhi: The ASSOCHAM on Wednesday expressed confidence that apprehensions linked to Donald Trump would certainly prove wrong even as India Inc looks forward to taking the bilateral economic engagement to a greater level under the new administration.
“We saw a different Mr Trump who as President elect of the United States of America sounded so conciliatory and sober promising a fair deal with the rest of the world. His words appeared so convincing that the financial markets which were nervous in the beginning recovered quite a ground rightly hoping that the Republican inmate of the White House has a great plan for America up his sleeve”, ASSOCHAM President Sunil Kanoria said in a statement.

He said India Inc can join hands with the Trump Administration in building of the US infrastructure projects.  The Indian industry has always been a great companion for the US industries in terms of enhancing value even to the American jobs.  A great number of Indian companies servicing the US have been employing the local Americans even as they add to the value proposition in their businesses.

Some of the losses in the Sensex and the currency volatility have also been made up as the world would digest rather happily the new fast changing US political landscape. “To that extent, we Indians have to enhance our soft power and be counted as a country which complements the US. Change is the name of the game and status quo is getting challenged all over. The key lies in adapting it fast,” the ASSOCHAM President said.

As for the local factors having an impact on the financial markets, Kanoria expressed hope that the disruptions to the trade would settle once the banks are geared up to meet the demand for currency swap.