Anyone who picks up guns in Kashmir will be eliminated unless he surrenders: Army 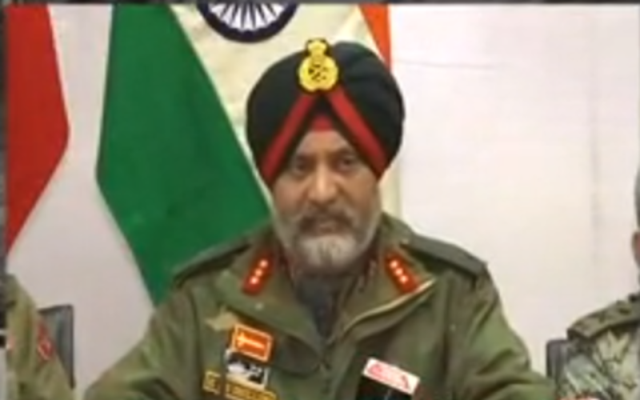 Srinagar: The Indian Army on Tuesday said anyone who picks up gun in Jammu and Kashmir will be eliminated unless he surrenders, media reports said.

The Army made this declaration days after over 40 paramilitary personnel were killed in the Pulwama terrorist attack, which was carried out by the JeM.

“I request all the mothers of Kashmir to please request their sons who have joined terrorism to surrender and get back to the mainstream. Anyone who has picked up the gun in Kashmir will be eliminated, unless he surrenders,” Lieutenant General Kanwal Jeet Singh Dhillon, Corps Commander of Chinar Corps told a media conference on Tuesday.

The Army said three terrorists were killed within 100 hours since the Pulwama attack which took place on last Thursday.

The Pulwama encounter, which started from Sunday night, killed four soldiers and a police constable.

Azhar’s aide Kamran, who is believed to be the mastermind of the Pulwama attack, was killed on Monday.

Covid-19 makes its formal entry to…